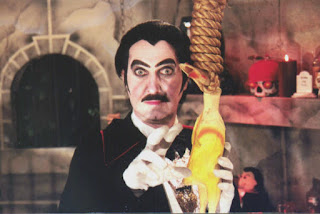 Count Gore De Vol is a horror host legend having been on the air nearly 50 years. Not only being one of the longest running active host, he is also the first to take his Creature Feature show to the internet. He is a member of the Horror Host Hall of Fame, Rondo Award winner, and even has an awesome documentary about him called Every Other Day Is Halloween, which you can find on Amazon.

Count Gore De Vol took time for our Q&A. Enjoy this look into an icon of horror!

Count Gore De Vol: Without being flip, it was beer and pizza. I was sitting in the conference room at WDXR-TV in Paducah, Kentucky along with our general manager and a couple of other employees watching some movie open packages. It was very late at night and there was plenty of pizza and beer to keep us occupied. After probably one too many beers, a film package was playing the open for a hosted horror movie. It was “Night of Terror” hosted by M.T. Graves.  I chuckled and in my best Romanian accent blurted out, “That’s what we need a hosted horror movie!”

He wasn’t kidding. So, we copied the showcase title and the name of the host and I was told to develop a character that would host movies, LIVE” on Saturday night. This wasn’t too hard in that I had a tux left over from my HS prom, I also had a cape (after all it was the ‘70’s) and I knew a little about make-up. The only problem was that I was also the 10 O’Clock news anchor. So I through it to the sports guy and had less than 10 minutes to get into make-up, costume and be on the set for the show. It was always tight.

Count Gore De Vol: I was introduced to horror movie hosting by Marvin, the host of Shock Theater on WBKB in Chicago in 1957. He was a beatnik with a blond wife called “Dear” whose face we never saw. This was also my introduction into the Universal Horror Classics, since the release of those films as part of the “Shock” Movie Package that spawned a large number of horror hosts around the nation. Like so many other kids, I would sneak down to the TV after my folks went to bed and quietly watched the show.

After way too many 100 hour work weeks in Kentucky, I quit and very quickly got a job in DC. Now, let me be clear, horror hosting was not in the cards when I changed stations. You see, in Paducah, I also produced and hosted “The Bozo Circus!” I made it a very successful program and just as I left, WDCA was looking for, a New Bozo! After rebooting their show and taking on the role of another kid’s character, Captain 20, I fought very hard to also do a hosted horror movie showcase. The GM. didn’t want it, but I persisted in being a pain until he relented. We gave the character a new name and the rest is history.  It was at that point that the stationed signed over the rights to the character, his name and the work product to me.

Count Gore De Vol: There are so many, but surviving in a major market like Washington for 15 years was not easy given the station changed hands twice. It was the third owner that closed the production facility, killing off the show. One of my proudest and smartest moments was July 11, 1998 when I took Count Gore De Vol to the Internet, becoming the first Horror Host of the Internet at www.countgore.com. This of course opened the character up to an International Audience. Then in October of 2018, I brought “Count Gore De Vol Presents” to Roku as a free channel that changes programming at the beginning of each month.

Needless to say, I’ve had the opportunity to meet and get to know many horror movie actors and fellow horror hosts and on March 25, 2011, I was in the first group inducted into the Horror Host Hall of Fame! How can you top that?  It was my honor and privileged to induct Elvira in the Hall the following year!

TheSteveStrout: What is your personal favorite horror or sci-fi movie, and favorite that you've had the opportunity to host on your show?

Count Gore De Vol: I love the old Universal Classics. Yes, they aren’t very scary, but they set the foundation that everything else is built upon. My favorite scary movie is the original “Alien.”  My favorite horror/comedy is “Young Frankenstein.” It’s a loving work of genius.”

Since 2013 I’ve had the opportunity to select my favorite films and live host them at the American Film Institute Silver Theatre in Silver Spring, Maryland. Three times a year I get to bring such films as “Phantasm,” “Them!,” “The Bride of Frankenstein,” “King Kong,” the double feature “Thing From Another World” and John Carpenter’s “The Thing” and lots of others back to the big screen! On Saturday, Oct. 26, 2019, I’ll be live hosting probably one of the scariest of the bunch, “The Exorcist!”

Count Gore De Vol: People can get a weekly dose of hosted horror at www.countgore.com.  It changes every Saturday night and I show both feature public domain films as well as exciting and scary shorts films from around the world. We also have contests, reviews and other things of interest for the horror fan. Then, if you have a Roku Box or a Roku TV, you can add my FREE Channel by going to ‘search’ typing in Count Gore De Vol Presents and then click on the add button. Each month I host 4 films, bring the audience 4 classic interviews with horror stars along with two outstanding short films.

Count Gore De Vol: Since I get to enjoy Halloween all year long, I really enjoy watching the mere mortals living out their horror fantasies along with their endless desire for sugar!

Here's a older clip and some photos I found of the Count Gore De Vol: 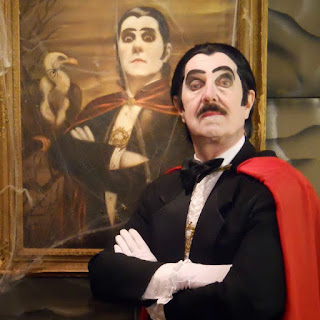 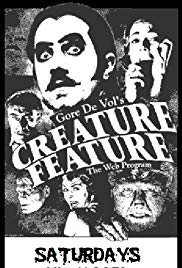 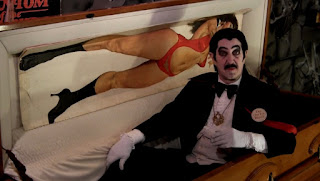 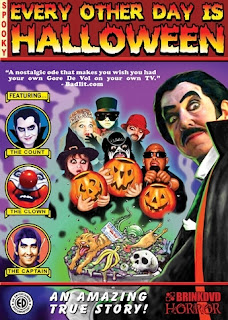