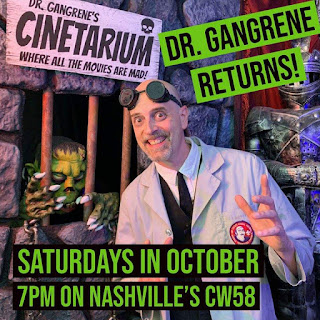 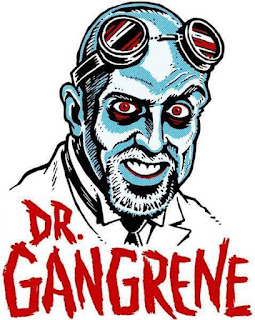 Dr. Gangrene is a multiple time Rondo Award winning horror host celebrating his 20th year hosting spooky and kooky movies, by making his return to Nashville's CW58 all throughout the month of October, and appealing to fans of all ages!


Dr. Gangrene did our Q&A, so read on and learned more about this mad scientist's career and his television return with DR. GANGRENE'S CINETARIUM!

Dr. Gangrene: I was inspired by Nashville’s 70s and 80s host, Sir Cecil Creape, played by the late great Russ McCown. I wanted to create the type show that used to be on the air back then. No one else was doing it around here, so I decided to go for it.

Dr. Gangrene: I saw Sir Cecil Creape a very little as a kid, mostly through commercials and ads in the 70s (his show aired from 70-73). I did meet him at a Boy Scout event once though, where I earned my Sir Cecil’s Ghoul Patrol patch that I proudly still wear on my labcoat today. Other than him the only hosts I had seen when I started were national hosts like Elvira and Joe Bob Briggs, Rhonda Sheer, etc. 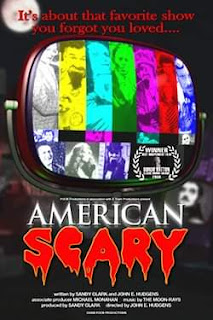 Dr. Gangrene: So many over the years… Appearing in USA Today in a photo with Zacherley, alongside an article about horror hosts (where they talked about my show, too); Appearing in the Dick Tracy comic strip; Appearing on Spike TV; Winning multiple Rondo Awards; Appearing on the cover of the Nashville Scene newspaper with a great article inside; Appearing in the horror host documentary American Scary? That was a pretty cool moment too. There's just so many, it’s been an amazing ride and I feel fortunate that folks like what I do.

I’m also pretty proud of the PSA campaigns we did, using classic monsters.

Dr. Gangrene: Well it’s hard to pick just one. I love so many types of films, honestly. Some favorites are Creepshow, Curse of the Demon, Fulci’s Zombi, Tales from the Crypt, pretty much anything starring Vincent Price (especially the Corman and Castle films).

Of the films I’ve hosted, when I was on WNAB in the 2000s they provided me a great package of both good and terrible films to host. Some standouts were The House that Dripped Blood, Total Recall, Aerobicide, Piranha, Space Mutiny, Phoenix the Warrior, etc.

Dr. Gangrene: It’s my 20th anniversary as a horror host this year, and to commemorate the event the station has put my show back on the air all October, on Nashville’s CW58 WNAB, this time around called Dr. Gangrene’s Cinetarium. I will also be posting the episodes on Youtube, so out of town fans can catch them there, along with all of the content I post weekly on there year round. Be sure to subscribe and click the notification bell so you’ll get notified when a new video goes up (every Saturday morning). I’m doing a Halloween countdown on there this year too that starts Oct. 19 and goes through the end of October. youtube.com/drgangrene

Dr. Gangrene: I love everything about it. Probably my favorite things are the massive amount of horror movies on TV and spooky things in stores, pumpkin spice EVERYTHING, and kids trick or treating. I’m a traditionalist, and stay home to hand out candy every October 31st. It’s the one day of the year I have never done anything Dr. Gangrene-wise. That’s my day off!

Follow Dr. Gangrene on social media at the following: 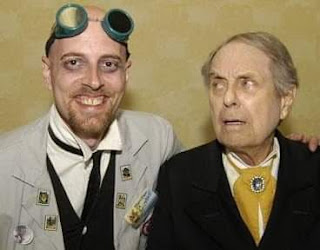 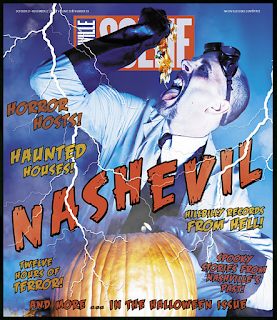 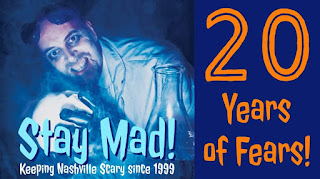