I had originally thought my whole trip was going to be scrapped because I didn't make enough chainmaille sales (www.scarlettstreasure.etsy.com)  for spending money to do anything, or even get lunch! I had made one big sale but my husband got into a car accident and couldn't work that day so I put it into our bank account to make up the money he would have made that day.

Anglicon, a convention featuring Doctor Who and other British media made its return to Seattle after an extended hiatus to a great response...We have a handful of great shots from the show.

Before we get to those, I'd like to mention PNSWFX. PNWSFX is a little group I'm involved in. We basically build and craft props and collectibles for everyone from cosplayer to fanboy/girl and more. We happen to specialize in building "TARDIS themed" items. We had just been happening to finish up a couple pieces that were perfect to show to the Anglicon audience. The convention was gracious enough to set us up a table, and I'm pretty sure the attendees liked us. 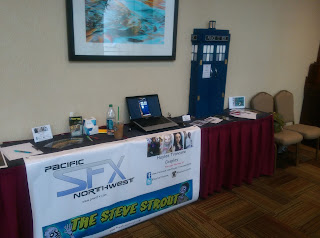 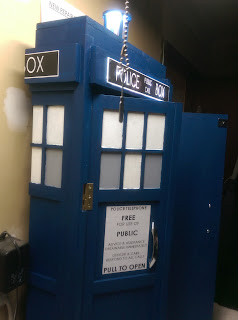 The most exciting part of it all was getting a PNWSFX group photo with the guest of honor, Colin Baker, better known as the Sixth Doctor! He even let us bring our box in the photo, and yes he loved our work. 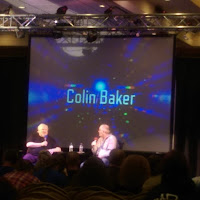 This was my first time meeting any of theDoctors, and as a Doctor Who Fan , it was pretty exciting! I checked out Colin's panel, and he was very entertaining, wise, and hilarious. He gave great answers to all the fan questions, and talked about other projects like appearances on Star Trek Continues (Vic Mignogna's web series which continues the Star Trek Original Series mission). One this that really stood out to me from his panel was a bit of advice he shared as follows: "You only get one bite of this grapefruit called life, so make it a big bite!"-Colin Baker...Basically, make your life matter. Set and achieve your goals. Aim high. Follow Mr. Baker on Twitter too : @sawboneshex


Hopefully you can find the time to check out PNWSFX (www.pnwsfx.com), and maybe we can do some work for you! Check out a few pics from the con...

I'm hoping to dig up more pictures for your viewing pleasure. This was a fun con and I hope it grows into something special. For now, keep spreading the word about www.thestevestrout.com and our affiliates (Haylee and PNWSFX). Thanks to Michael Beckman for a few of the photos. Next show I will be at is Galacticon. A celebration of Battlestar Galactica! Very excited to see some old friends there!

To celebrate a readership milestone here at www.thestevestrout.com and with the inagural season of CW's newest hit show, iZombie coming to a close tonight (June 9th) I set up an extra special Q&A session with one of the creators of the DC/Vertigo comic series that spawned the show, and part owner of the great indie comic publishing company, Monkeybrain Comics, and award winning writer, Mr. Chris Roberson...hope you all enjoy and keep spreading the word and supporting this site.

Since the debut of the CW network show based on the comics is gaining popularity, I'm going to jump right in with the I Zombie questions ... 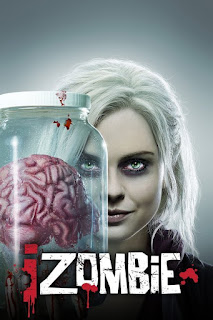 -Are you and Mike Allred, one of my personal favorite comic artists, involved in the creative aspect of the show in any way?

I like to say that we are informed, not involved. The producers have kept us in the look at each stage of the process, but aside from Mike contributing the art for the opening title sequence, neither of us has been involved in a creative capacity.-What were your initial thoughts when the deal was made to produce the television show?

I was all for the idea! When iZombie was originally pitched to Vertigo, even before Mike was attached as co-creator, I thought that the concept had the potential to work in other media. It’s heartening to know that I was right!

-As a fan of the comics and tv show, I am really impressed how well the comics have adapted to the small screen. Do you feel like the network is doing the books justice?

I usually describe the TV series as the Earth-2 version of our comic (or rather, our comic as the Earth-2 version of the TV show): it has the same title and basic concept, but otherwise it is its own thing. So our plucky zombie heroine is the Jay Garrick to the Barry Allen of the TV show. And yes, absolutely, I think they’re doing a fantastic job with that idea!
-As for the comic series, was it DC/Vertigo that decided to end the series, or was it a creator decision?

It was ultimately cancelled due to declining sales, which is unfortunately the fate of the vast majority of new titles these days. But we had time to tell the story that we wanted to tell.
-Were the plans to end the comic series in place before the CW got the ball rolling on the show?

I’m not sure when the folks at DC and Warner TV were first talking about the idea of taking iZombie to TV in general principle, but the first I heard about Rob Thomas being brought onboard to develop it for adaptation was about a year after the comic wrapped up.
-Back to writing...Does your approach differ when doing the writing for comics, versus novels and short stories?

Yes! And differs from project to project, too! 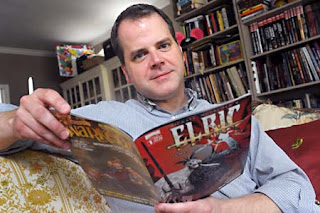 As it stands? Probably being the co-creator of a comic that inspired a TV show that a bunch of people are enjoying!
-What are you working on as of late?

I’m doing a lot of really cool projects for Dark Horse Comics that have not been announced yet. I’m keeping busy!
-Now that a project you've created is being brought to our tv screens, has any of your other writings been looked at for potential television or movies?

Oh, sure. iZombie was just the first one not to fall at some hurdle or other.
-Tell me a bit about your publishing company, Monkeybrain Comics? It's to my understanding that Monkeybrain titles have recently starting going to print to go along with the digital format you initially distributed?

Yes, Monkeybrain Comics is a digital comics imprint that I started with my wife Allison Baker in 2012. Digital versions of our titles can be purchased through ComiXology and read on computers, phones, and tablets, and print editions of some titles have been released by a number of different publishers, including IDW, Dark Horse, and Image Comics.
-Outside of Monkeybrain titles, who or what are you reading nowadays (comic book or novels)?

The “Mignolaverse” titles (Hellboy, BPRD, etc) are perennial favorites, as is Astro City, Atomic Robo, and The Sixth Gun. I’m loving The Wicked + The Divine, The Autumnlands, and the new Star Wars titles that Marvel is publishing, and I’m really looking forward to the 8House anthology that Brandon Graham is putting together.
V
-I feel like I've used enough of your time, so as I always like to end my interview, I'd like to "open up the floor to you". Is there anything you'd like to share? Any advice you can give to aspiring writers or comic creators?

Don’t give up your dreams. Unless your dreams are stupid. In which case you should probably find better dreams.

IZombie airs on the CW network Tuesday night's. Be sure to go find the Vertigo/DC comic book series back issues and check them out too. For more info on Chris Roberson check out www.chrisroberson.net. Check out his comic publisher, Monkeybrain Comics at www.monkeybraincomics.com 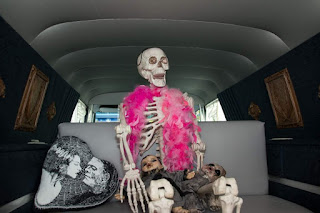 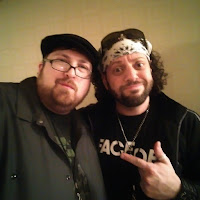 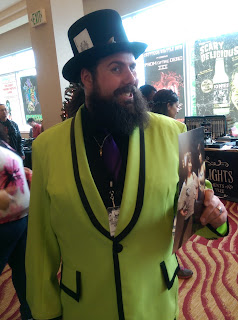