I'm not a huge holiday fan (except for Halloween...love it) and to be honest, this time of year just brings me down, so I haven't been posting much. Just haven't really been that inspired. I have found a little joy in this season in some videos and friends blog, which I'd love to share with you all...

First of all I absolutley loved this video shared with me personally by Teal Sherer who you might know better as Venom, from the Guild. I think Teal is a great actress, and we should see a lot more of her in the future. I especially want to see more stuff like this:


Here are a couple other videos that really cracked me up. they might be a little dated, but they were hilarious nonetheless:

And in current events..Kim Jong Il is dead. HAHAHA

Be sure to read my friend Dee's recent blog about Santa. She pretty much calls his bluff! http://www.motherhoodtruth.com/2011/12/dear-santa-youre-liar.html
Be sure to follow her blog. She loves zombies and costco muffins!

Anyways, I hope you all are having a great holiday season. I personally can't wait for this shit to be OVER!! I leave you on this note... 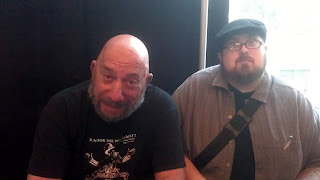 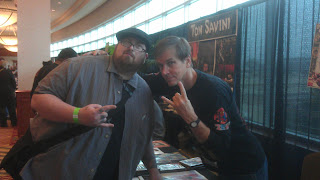 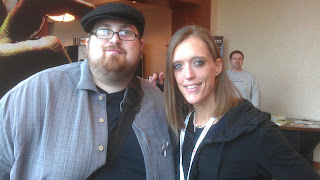 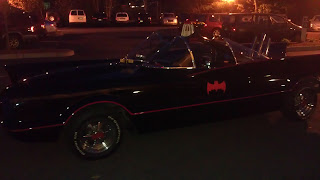 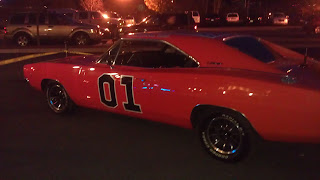 Remember when being a nerd wasn't so cool? I do! I remember being in grade school and if you were the nerd, ya caught Shit for it! You would be bullied and abused by your classmates, other kids, and even friends and family. I personally wasn't picked on, but I saw what was going on. Hell, I might have even picked on a classmate or two myself (regrettably so).

Then at one point it stopped. I didn't hear the word nerd or dork or geek for years, then all of a sudden these words were back.... They had a whole different meaning now. People were calling themselves these words, and with pride! Being a nerd is cool now. It's kind of funny to me, the fact that we consider ourselves nerds now for loving the things that we grew up on like comic books, scary movies, video games, collecting baseball cards, and so much more. We even find reasons to dress up like superheroes on days other than halloween! Even though I was a little dickhead and called uncool kids nerds, I still love all the same Shit I did as a little kid, and I call myself a nerd today....who woulda ever thought it.

Enough rambling about that silliness...

Now I will bore you with what I've been up to and got planned for the near future....which of course I will type during commercials during this History channel documentary about the history of zombies. Did I mention that I love zombie flicks? Most horror bores me nowadays, but you can't beat a good movie about the dead walking the earth and eating the living! Speaking of zombies, last week I made it to zomBcon in Seattle. Unfortunately I only made it for one day because I had to work. I will be there the whole weekend next year, but I will post a few pics and words about it in my next blog. I managed to do a little research at zomBcon and online for a writing project I'm starting. I'm going to write my first screenplay. It's gonna be a long process, considering any prior writing experience has been jokes for comedians. It's going to be a very b-movie "troma-esque" horror/comedy zombie movie. Who would have thought it with my love of zombie movies and background in comedy eh? Haha I will keep everyone posted on the script progress.

I gotta run now...I got the new Beavis and Butt-head on the DVR.

Thanks for listening, and if you want me to ramble about anything in particular, let me know. Talk to ya soon and I love you all!
Email ThisBlogThis!Share to TwitterShare to FacebookShare to Pinterest

I'm sure that the most of you reading this already know me...the Subway guy...bringer of funny to Port Townsend, and the region...Handsome devil...Well, There's a lot more to know about me, and by sharing my life here, you will all see and grow to enjoy me more than ever. I will let you in on thoughts, ideas, stories, and opinions. Hell, I will probably even try to share some of my bad joke ideas or other writing projects I will be working on, and hoping for your feedback.

If ya got any ideas that you wanna discuss, feel free to comment. I'd love to hear your feedback.

Just a disclaimer, I have been considered offensive. I just have a crude sense of humor. I don't mean no harm. If I cross lines...Fuck it...get over it or don't read what I have to say. For the most part, I hope to entertain you and bond with you all.

Oh yeah...follow me on twitter:@thestevestrout
Email ThisBlogThis!Share to TwitterShare to FacebookShare to Pinterest
Newer Posts Home
Subscribe to: Posts (Atom)