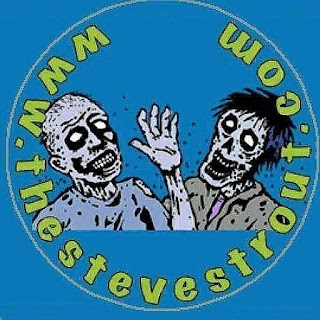 Whoa. It's crazy to think that were on the 30th 'Cool Projects' edition! I hope you all have enjoyed, and maybe even checked out some of the stuff we've shared.

I'd also like to thank you for supporting my Horror Host profile project. Halloween is my favorite time of year, and what better way to show it than to show some love to some performers who love and share classic horror and monster movies with us. Make sure to check out all the profiles we post at thestevestrout.com through the month, and share around social media, but make sure to use the hashtags '#ComicBookSwapMeet and #HorrorHost' or even tag @thestevestrout in the posts, so I can keep track and get you in the running to win an awesome themed prize pack including autographs from some hosts, art from friends of the site and more! 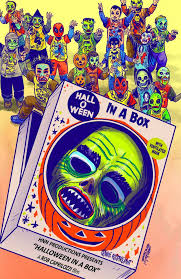 I heard about this documentary Halloween In A Box from Rob Caprilozzi a while back, and I finally found the time to watch it, and really enjoyed it. The film shares the history of the plastic packaged costumes from companies like Collegeville and Ben Cooper that were all the craze through the 70s and 80s, even into the early 90s, featuring all the characters from Disney, GI Joe, He-Man, ame so many more of the favorite tv and film franchises many of us grew up on. It documents the roots of these companies and all through the ups and downs of these costume makers. 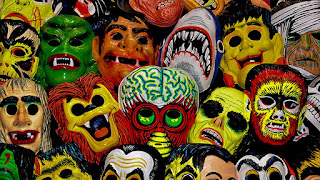 Halloween In A Box brought back so many nostalgic memories of becoming my my favorite characters, by pulling that plastic mask over my face. A little piece of plastic held to my face by an elastic string brought so much joy and adventures to my young life. Though I could barely see out of those eye holes, it didnt stop me from defeating Skeletor and leading the Autobots into battle against the Decepticons! I never did get the B.A. Baracus costume from the A-Team line unfortunately.

This documentary really brought back so many fond memories, and I think it'll give you the same feels. It's also had me scouring Ebay for vintage halloween masks too. Hope this don't cost me too much...

The movie is available on most streaming platforms, so I highly recommend screening this one Check out the trailer... 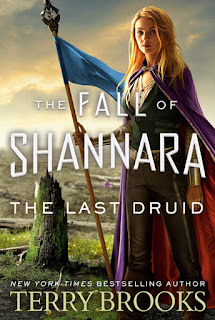 Fans of fantasy novels should be excited about this!

Bestselling author, Terry Brooks, released the cover image for THE LAST DRUID, the conclusion too the FALL OF SHANNARA series this week.

THE LAST DRUID is set to wrap up the centuries long saga of the entire Shannara series after almost 30 books over more than 40 years! That's quite a run for this legendary fantasy tale. Who has read the Shannara series? THE LAST DRUID will be released in May 2020. More details and preorder info HERE