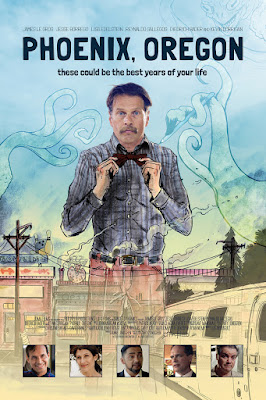 The Port Townsend Film Festival is right around the corner, and I normally do, I go through their screening list to see what looks interesting to me. I've stumbled across some gems over the few years I've attended PTFF including last year's Bathtubs Over Broadway and the superhero farce from a few years back, Electric Man.


In this years search for movies I may view, a film from northwest film maker Gary Lundgren called Phoenix, Oregon caught my eye.


I looked into the film and was impressed by the great cast. Actors like Lisa Edelstein (probably best known for her role as Dr. Cuddy on one of my favorite tv series of all time, House), Diedrich Bader (from the cult classics Napoleon Dynamite and Office Space), and the usually eccentric Kevin Corrigan (who you'd probably recognize from Grounded For Life, Pineapple Express and Superbad). I definitely checked out the trailer, as you probably should too.

I havent seen the movie, but it is screening at the Port Townsend Film Festival during the weekend of September 19-22, so I'm definitely hoping to check out this movie about a comic creator (YES! I had to mention the comic creator thing because, well, it's my thing.), and an old friend trying to reinvent themselves during a midlife crisis. It looks a lot funnier than my "midlife crisis" description let's on.

I chatted with the writer and director of Phoenix, Oregon, Gary Lundgren, about the movie, so I let him break it down a little better than I did. 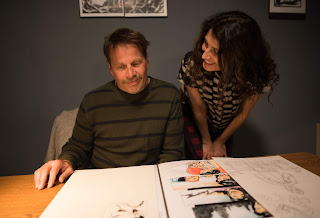 Thestevestrout: Can you give a quick summary of the movie?

Gary Lundgren: PHOENIX, OREGON is a dramedy about some friends who open up a bowling alley / pizzeria in their small NW hometown.

Thestevestrout: What inspired the story?

Gary Lundgren: It began with mid-life crisis themes.  How your perception changes as an artist between your thirties and forties.  Many days I would feel defeated just like BOBBY, who is an aspiring graphic novelist living in an airstream trailer.  But most days I felt like CARLOS —who has this endless reserve of belief and enthusiasm he draws from. These two characters came to me with a jolt — two sides of the same coin.  Carlos being the go-getting optimist and Bobby the realist/pessimist.  They were in the mire together — dead end jobs at a bad restaurant and wanting out. 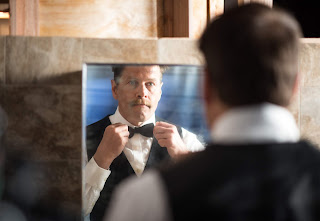 Thestevestrout: Do you find it easier to direct your own screenplay rather than someone else's script, especially considering the fact that you can portray your own vision as you imagined?

Gary Lundgren: Not really.  It’s all difficult.  Whether it’s your own script or someone else’s.  Directing a film is so much more complicated than writing one.  The pressure might be a little bit less when someone else is the writer.  But not by much.

Thestevestrout: Did the process seem smoother having such a great cast of character actors? Lisa Edelstein, Kevin Corrigan and Diedrich Bader, are all pros that anyone who knows movies and television recognize from so many projects?

Gary Lundgren: Everything is easier when you have terrific actors who are recognizable.  You can surround the cast with great visuals and smart filmmaking, music, sound design, etc..., but for me it’s always about the characters in the end — the subtext surrounding them and their motivations.  Their words and actions must ring true on screen.   So much easier to pull this off when you have a talented cast.  This one gave so much to work with in the editing room.  It was a very beautiful process. 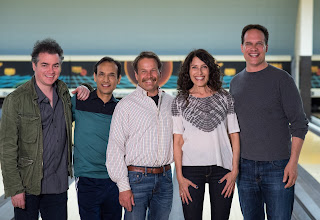 Thestevestrout: Being a Northwest based filmaker, do you feel more pressure to impress audiences at festivals and screenings in our region?

Gary Lundgren: We love having fans and support in the PNW.  We’ve been fortunate that our films have been well received here. It means a lot and has helped us continue to make new films.  But we’ve been screening the film all over the country the past few months.  It's been really encouraging to see the film doing well regardless of what state we’re in.

Thestevestrout: Have you attended the PTFF, or visited the area before?

Gary Lundgren: I love Port Townsend and have visited a few times before.  But this is our first time to the festival.

Thestevestrout: What are you most looking forward to, and hope to get out of this festival?

Gary Lundgren: Well run and well attended festivals are always a pleasure to visit.  We’ve heard such great things about this festival which isn’t always the case.  So we're hoping for another good screening.  Also to meet new friends and have a nice getaway.

Thestevestrout: You've had Phoenix, Oregon on the festival circuit since spring (I believe?)... Along with the great reviews Phoenix, Oregon has received so far, has the movie earned any awards?

Gary Lundgren: We keep getting invited to screen in festivals which has been really great.  More this fall.  No official awards yet, but we’re making new fans whenever we screen.

Thestevestrout: What's next after the film festival run? Any distribution plans in place yet? Any talk of a wider cinematic run?

Gary Lundgren: We’ll continue to screen at festivals and tour the film the next six months.  Unless you have millions of dollars behind you, releasing wide is impossible.  But we’ll conintue to screen theatrically as opportunities arise.  There are some international screenings planned as well.  The film won’t be released digitally until the spring. 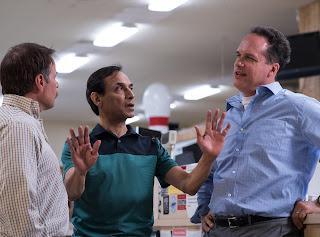 Thestevestrout: How would you pitch the movie to prospectice viewers?

Gary Lundgren: Big Night meets Big Lebowski?  Not sure about that pitch but it’s at least partially true. This is an entertaining but melancholy story that feels realistic.  It’s also funny and hopeful.  It’s a movie that makes you feel good but not in a saccharine way.  It's character driven, so the story unfolds and eventually feels complete and satisfying. I hope film lovers find it cinematic, funny and emotional.  I hope they enjoy their time with these characters and can relate to them.  And I hope it’s the kind of film the they go back to and re-watch.

Thestevestrout: You're a NW resident but are you native to the area?

Gary Lundgren: We moved to the PNW in 2010 after making our first film Calvin Marshall in Southern Oregon.  We fell in love with the area decided to make it our home base instead of moving back to LA.

Thestevestrout: What's kept you here, rather than heading off to L.A. or Georgia and any of the other big film and tv hubs?

Gary Lundgren: My wife (Producer Annie Lundgren) and I spent a long time in Southern California.  Over 15 years.  We just wanted to do our own thing outside of LA.  Our own little company making movies and making commercials in the PNW.  It was an easy decision for us.  Quality of life, cost of living and autonomy.

Thestevestrout: Tell readers about your background in the film industry (film school? Interesting projects you've been a part of?  Etc....).

Gary Lundgren: After getting an English degree in Santa Barbara, I went to Art Center College of Design for a full year in Pasadena.  Ever since, I’ve been working in the film industry — mostly in post-production.  I’ve edited many films for other filmmakers as well as my own under our banner Joma Films.  We have lots of shows and films in development.

You can get more info on Phoenix, Oregon and Mr. Lundgren's other films at:

Be sure to check out the Port Townsend Film Festival too, at: www.ptfilmfest.com