I've been teasing a special Halloween themed post on social media, and now I'm finally ready to fill you in on what I've had up my sleeve, though I did tease it in a prior Cool Projects post.

As a kid I grew up watching monster movies, and was introduced to personalities like Elvira, and a little later on, The Cryptkeeper. I'd always ben fascinated by these over the top characters introducing bad horror and sci fi films. It was a brilliant formula. Make me want to watch nonsense by making the hosts part of the show. 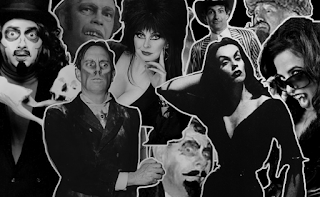 By time I was old enough to know better, I'd learned that the horror host genre had been alive (or dead, depending on the hosting character) since the 50's! There were legends in the heyday like Zacherly, Ghoulardi, Sammy Terry, and the pop icon herself, Vampira just to name a few. It seemed every television market had there own character to host their respected creature feature or late night monster flick.

That meant more research for me. Sadly there isn't much footage left of the legends, but enough stories and clips out the to understand the importance of these showbiz innovators.

Cable TV happened and kinda led to these shows fading away...except there were a few glimmers of hope keeping the horror host memory alive, in the aforementioned Elvira, who remained in the public eye even after her show faded away. Another great host who kept the spirit as live was Svengoolie, who is celebrating 40 years of portraying the character this year, with crossover in DC Comics. 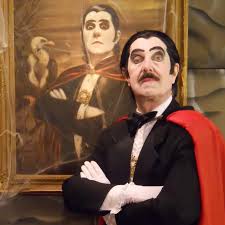 Another long time host who kept at it is the legendary Count Gore De Vol who already had a following from years hosting in the DC area. Gore De Vol used the internet to keep the flame lit, and opening the door for a new generation of horror hosts powered by the web. The Count was the first horror host on the internet but there are many now.

That brings me to my announcement.

There's been a resurgence in horror hosts over the last few years with enough success online to the point that some are being picked up on local tv networks, and a couple are syndicated nationally including Ivonna Cadaver's Macabre Theater and the prior noted Svengoolie's show.

Throughout October, I plan to introduce a handful of Horror Hosts to you with a series of posts at thestevestrout.com, profiling some of them. 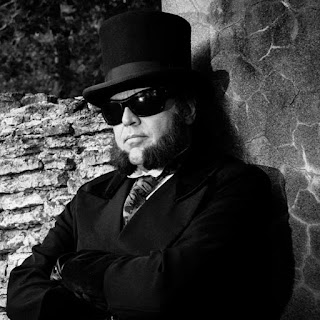 The profiles will include a common Q&A I did with each performer along with pictures, and links to their social media and where to view them! I'm looking at esch posts like the respected horror host's trading card. We have some great hosts old and scheduled to participate including the legendary Count Gore De Vol, Mr Lobo, and The Bone Jangler as long with some new stars in Malvolia and Lilith Von Bloodworth!

I'm personally excited about this series, and really hope you guys do too, and appreciate my love for the quirky side of showbiz.

I'm going to tie in a fun giveaway with a spooky prize pack for a follower and (hopefully new) horror host fan. There will be more details on the giveaway as the series runs and a get the goods together so stay tuned!

It's almost October, and time to start running the Horror Host series from thestevestrout.com!