This Cool Projects edition features a crowdfunded trivia game, an awesome DVD set and mention of a few of this weeks intriguing comic book releases. 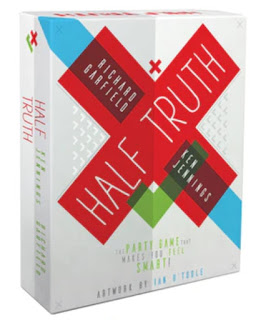 What happens when a multi time Jeopardy champ and the creator of Magic the Gathering? Probably something cool. In this case, you get a really well executed trivia game called Half Truth.

Half Truth had been in development over ten years, in order to perfect the scoring, write questions, and work out all the kinks before launching the crowdfunding campaign. Once it was ready to go, it reached its goal in 3 hours, and has since been funded 20 times the original Kickstarter goal! Thats pretty phenomenal.

Gameplay seems pretty straight forward too. The questions have multiple correct answers. You are given 6 answers to choose from, while wagering on your own knowledge to earn points. By time most of you read this post, the campaign will have ended, but you should still be able to grab a copy of the game...check out Half Truth in more detail at: https://www.kickstarter.com/projects/halftruthgame/half-truth/description 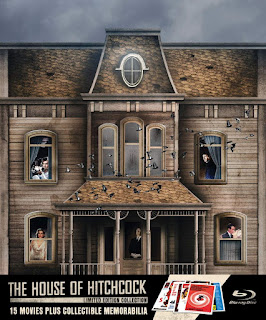 Our friends at pophorror.com tipped us off to the October 1st release of The House Of Hitchcock blu-ray set, and I'm really excited about this one!

The House of Hitchcock is a 15 movie blue-ray collection celebrating the work of one of the greatest minds in the history of filmmaking, Alfred Hitchcock. 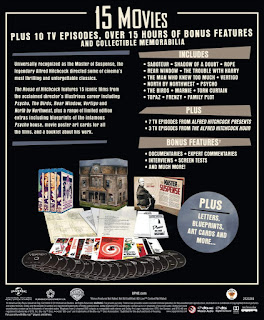 Here is a descriptive excerpt from the Universal Pictures press release on this collection:

Universally recognized as the Master of Suspense, the legendary Alfred Hitchcock directed some of cinema’s most thrilling and unforgettable classics. The House of Hitchcock features 15 iconic films from the acclaimed director’s illustrious career including Psycho, The Birds, Rear Window, Vertigo and North by Northwest, plus a range of limited edition extras including blueprints of the infamous Psycho house, movie poster art cards for all the films, and a booklet about his work.

This set looks amazing from the content to the art. I'm highly considering splurging on this one, as should any fan of the legendary Alfred Hitchcock and great films in general. This releases on October 1st and is available to order now HERE

This weeks comic book releases drop on September 18th. Here are a few that interest us: 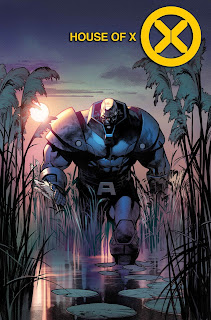 The House of X issue 5 continues Hickman's re-shaping of the X-Men saga.  This has been pretty good so far.

That wraps up Cool Projects #28. Dont forget to stay tuned for our Halloween project profiling some great scary movie hosts throughout the month of October...there might even be a couple living legends of the genre! Details HERE!