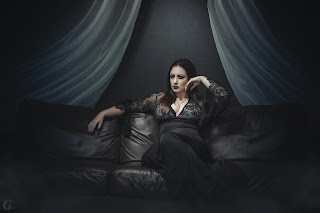 Meet Malvolia: The Queen Of Screams 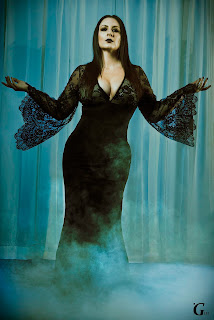 Malvolia, an award winning horror host and actress known as The Queen Of Screams, hosts her own web series, along with an epic Halloween Special she releases each October. You might have seen our mini review of last years Halloween special (if not its available HERE).

Learn more about The Queen Of Screams in our Malvolia Q&A:

Malvolia: Originally, I had written a screenplay treatment for a feature film idea for a franchise. The creator of the franchise hated it, but one of the producers saw something in my idea and encouraged me to move forward with it. Without being under their restrictions, I wanted to take the film into a horror genre that no one was really talking about. A couple months later, I went to Son of Monsterpalooza where they were honoring Elvira and I was in awe of how many people were still huge fans of hers. So, I thought I would make a feature film about a horror hostess! As I was writing, I was going through a "Blair Witch Project" phase and wanted to make her "real", so I decided I would make a six episode webseries, build up a fan base, shoot the feature, and then be done. I based the character off of Vampira and (followed her lead) Morticia Addams. I knew I wanted her to be cynical, evil, and do all things viciously and horrifically possible! To my surprise, people LOVED Malvolia and her evil ways. Here I am, on my way to start Season 3! I never thought I would be here.

Malvolia: Though I knew she existed, I wasn't allowed to watch Elvira - she was a little too risqué. But I did catch episodes of the Cryptkeeper! I honestly thought the whole art form had died until I started researching for my feature film. I stand corrected because I've learned that there are still horror hosts all over the nation working on public access TV!

Malvolia: On January 1, 2017 I released my iconic photo of Malvolia and captioned it, "There's a New Vixen in town!" I prepared for the hate, but all I received was love and support. It was AMAZING!

Malvolia: All my Halloween Specials have been a blast to work on and create and I feel my audience really looks forward to them! I won "Best Horror Host" at the Independent Horror Movie Awards (April 2017) and have won and been nominated for varies awards like "Best Actress" "Best Webseries" and  "Best Kill" throughout the festival circuit.  Indie Director/Producer James Cullen Bressack recommended me to host "The Theatre of the Deranged: Part 3" which was released on Troma a few months back. But my favorite would have to be "10/31". Fans of the film didn't realize that I was an actual horror hostess, so they discovered me through that platform and I've become the face for "10/31 Part II".

Malvolia: My favorite horror film of all time is Alfred Hitchcock's "Psycho". It's timeless and still can give you the creeps! My favorite film I've hosted so far on my show would have to be "Humbug - A Christmas Horror Short" during my "12 Dark Days of Xmas" . I saw their film at Zed Fest during my screening time and LOVED their film. It's so creative and has a couple twists! I reached out to them asking if I could host their film thinking they would decline, and, to my happy surprise, they agreed!


Enjoy a clip and more photos from Malvolia 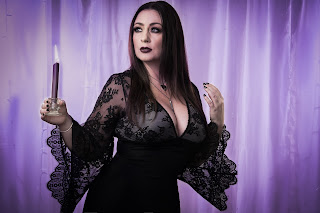 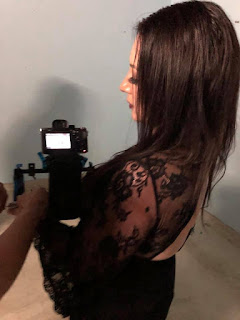 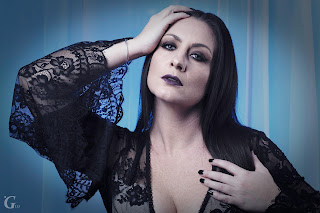 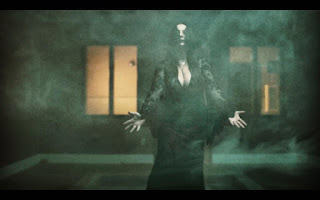