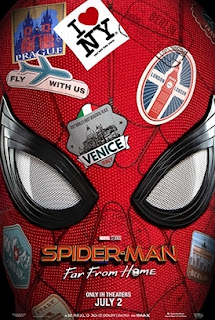 Life after Endgame begins for Spider-Man, in Spider-Man: Far From Home, and the new trailer dropped this morning...AND IT LOOKS AWESOME!

What are your thoughts? Honestly, I'm probably more excited for Far From Home, than any other Spider-Man movie to date. Talk to us on Twitter: @thestevestrout