Thanks for continuing to visit the site. We really enjoy this feature we call "Cool Projects". We use this as an outlet to preview, review, and support comics, games, crowdfunding campaigns, tv, movies, and whatever other pop culture and media we believe you might be intrigued by. Please feel free to share any projects you come across or are a part of to possibly be featured here in "Cool Projects", whether it be an independent project or major publisher/studio work. 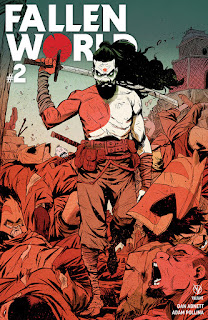 Rai is a cyborg samurai from thousands of years in the future, who battles unstoppable enemies like robot dinosaurs. In this next chapter he faces his most dangerous foe yet, in his creator.

If you're into lots of sword fighting action, be sure to pre order a copy of Fallen World #2 from your local comic shop, as it drops early June and is sure to fly off shelves. The art itself is enough to sell the comic. I'm looking forward to reading it. 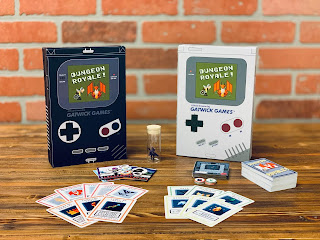 Here is a great game to keep an eye on. Gatwick Games will be launching a Kickstarter soon for Dungeon Royale! Dungeon Royale! is said to "look and feel like a video game" and is "full of death, stealing, heroes, and dragons".

As an avid board gamer, I'm personally very interested on this one and will keep an eye out for more news. I will definitely share via our social media outlets once there is more on the Kickstarter launch, but for now stay tuned to their site at www.gatwickgames.com.