Two comic book reviews this week for the Halloween season: Wytches and The Chilling Adventures Of Sabrina

Review by Joe David Thompson
It's the Halloween season and we all know what that means:  all the Christmas stuff is finally on the shelves of the local stores.  But not too worry...comics still love you, and this week brought us two new horror comics perfect for the season. 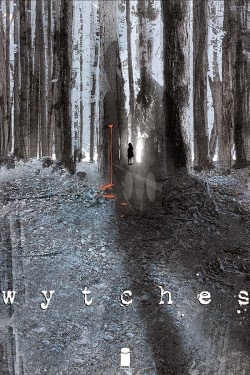 First there's Wytches, out on Image Comics, featuring the Batman superstar duo of writer, Scott Snyder, and artist, Jock.  Wytches is the story of the Rooks family, recently relocated to a new town in an effort to escape a bullying tragedy that made daughter Sailor Rook famous.  But there are some things you just can't run from, as the Rooks family is soon to discover.

Snyder hits all the right horror tropes we've come to expect in this first issue.  There's the creepy woods with a house deep in them, weird animals, and a mysterious figure slinking around.  The centerpiece of Wytches in the relationship betwen Sailor and her father, who has grown more protective after the ordeal his daughter endured.  Still, these common story elements keep Wytches too anchored and it never soars in the unexpected ways we've come to expect from Snyder.

Jock once again proves his mettle, evoking all the emotions in Snyder's characters during tense scenes.  In other places, such as the frightening cold open, Jock manages to elict chills.

Wytches might get off to a slow start, but based on these interesting characters and the hints of a the greater mythology, I think this series has potential to get much better in the next few issues.  The story just needs some room to get up on its legs.  It's also worth noting that Wytches just inked a feature film deal. 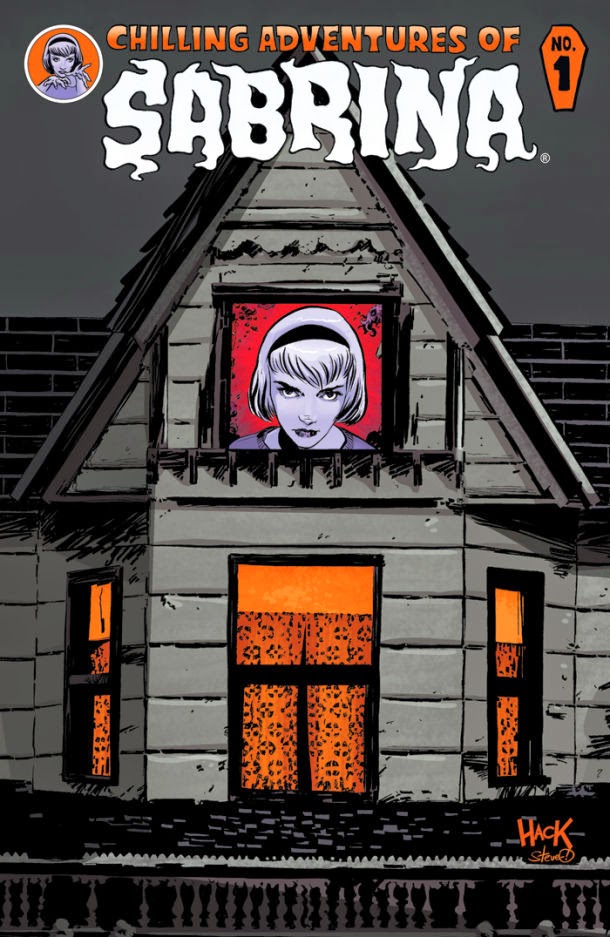 With the painful wait for the new issue of Afterlife with Archie still ruining my life, there is something to fill the void.  Afterlife writer Roberto Aguirre-Sacasa pulled the trigger on his Sabrina the Teenage Witch reboot this week.

Titled Chilling Adventures of Sabrina, Aguirre-Sacasa is joined by artist Robert Hack to reimagine Sabrina's origin in full Lovecraftian overdrive.  This isn't the Sabrina from the pages of Afterlife, which frees up the creative team to fuly explore darker themes, and this is exactly what they do.  The book nails the gothic tone, but never sacrifices anytihng to do with the characters.  Sabrina's aunts, Hilda and Zelda, are here, of course, as is her familiar, salem, and mischevious warlock cousin.  But before you think it's all bleak horror, Aguirre-Sacasa brings the same wit to these pages as he does on Archie.  Through it all, Robert Hack is more than up to the task of this book's demands, and it's evident from page one.


Joe David Thompson has been doing media reviews for websites such as Red Carpet Crash and the 405 Music Blog. For any questions or comments for Joe David Thompson, you can email him at jovid52@me.com and follow him on twitter @jovid52
Email ThisBlogThis!Share to TwitterShare to FacebookShare to Pinterest
Newer Post Older Post Home