If you are unfamiliar creator extraordinaire, Ben Templesmith, then you must be living under a rock. Best known for such works as: 30 Days of Night, The Squidder, Fell, Wormwood: Gentlemen Corpse, Choker, Gotham By Midnight, and SO many more, Mr. Templesmith has returned to the beautiful Pacific Northwest to take residency and unleash his delightfully tentacled imaginings upon the world. Squid bless him.

As fierce proponent of creator-owned projects, Mr. Templesmith banded together with a like-minded group of collaborators including: Menton J. Matthews III (Menton3), Kasra Ghanbari, Keith Carmack, Steve Niles, Scott Radke, and many others to form the art collective, 44Flood. Brilliantly utilizing the crowdfunding platform, 44Flood continues to obliterate preconceived notions of art by producing vital, inspired books including: Tome, Lust, Libretto, The Squidder, and the forthcoming Dagon. If you are unfamiliar with their work, I highly recommend trying to track down some of these masterpieces to witness the shiny greatness for yourself.

So where does Ben Templesmith go from here? Surprisingly, to a free Patreon webcomic titled The Blackholers (this project was JUST announced, so the links should be up and running soon). As you probably know, Patreon is an increasingly popular platform designed to help fund creators directly. Though The Blackholers will be a free webcomic, if you dig it you can throw a few bucks the creator’s way through Patreon, and have access to some other cool projects to boot. (Ben’s efforts, art supplies, and rent in Seattle aren’t free. Quite the opposite. If you can, do a bit to support the things you like.) 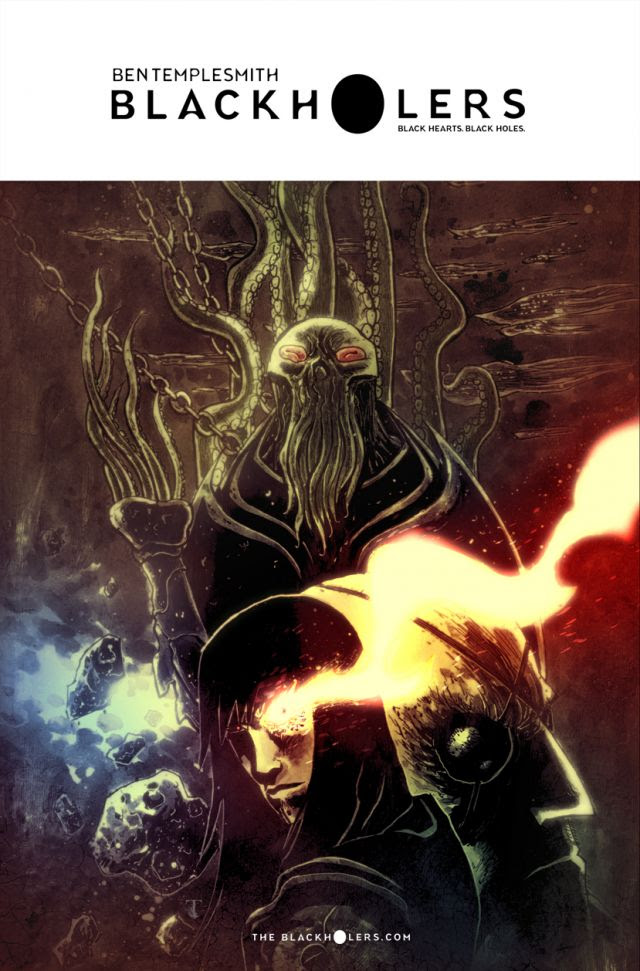 So what can we expect from The Blackholers? Obviously, more of Mr. Templesmith’s expressive,  signature art style. But, as readers of Wormwood: Gentleman Corpse and The Squidder know, Ben is also a great writer with a rapier wit and sense of humor. The preview page hints that this new project will have a similar tone. It should be fun ride. 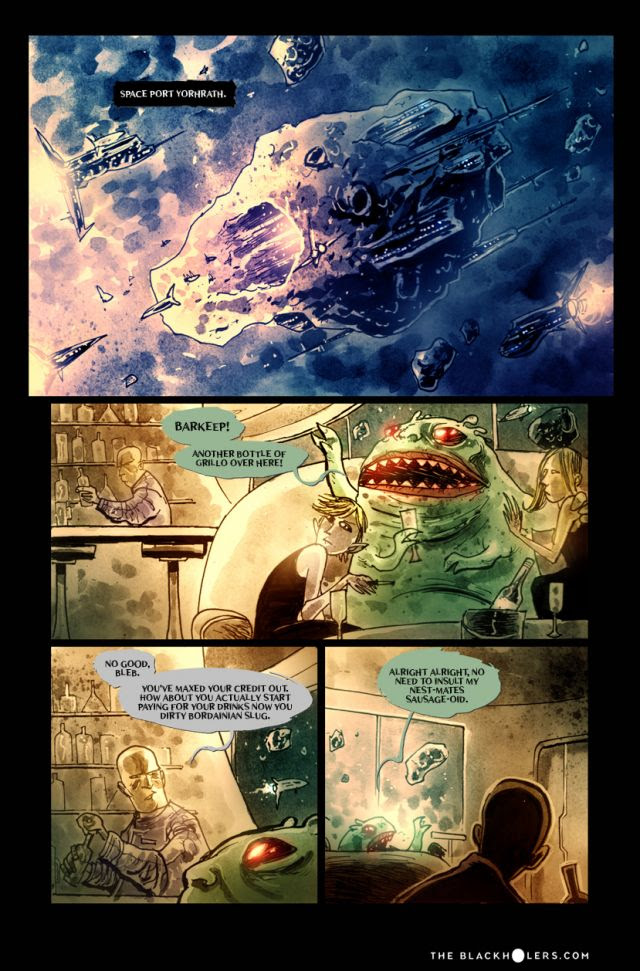 Be sure to subscribe to Ben’s newsletter to stay up to date on all the latest developments, and if you happen to run into him about town, politely welcome him back to Seattle and buy him a pint.

www.thestevestrout.com would like to thank our friend Robb Orr for his contribution to the site and his continued support. Any comments or questions for Mr. Orr, or if you want to chat with a dude who knows a thing or two about comics, drop him a line on Facebook
Email ThisBlogThis!Share to TwitterShare to FacebookShare to Pinterest
Newer Post Older Post Home