Check out a few photos from Bellingham Comicon. It's a great little show, that I highly recommend.
Between caught up chatting with great artists like Batman and Robin artist Mick Gray, and Aaron Lopresti of Wonder Woman fame, and listening to legendary artist Rick Hoberg tell stories about his years in the comic business
I kind of dropped the ball on the whole taking lots of pictures thing. I do want to see all of your photos from the show, so if you have some good stuff, come show them off at the Comic Book Swap Meet Facebook group. That along with the Comic Book Swap Meet page is our official www.thestevestrout.com Facebook connection. Go join and like both! 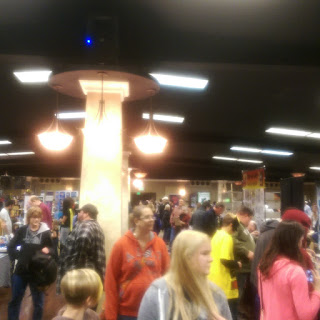 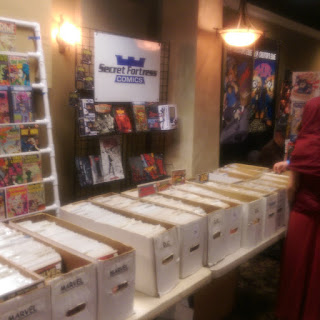 I also had the opportunity to chat with a great Canadian actor named Mike Roberds, who's appeared in everything from the Will Ferrell movie Elf, to playing Uncle Fester on the New Addams Family that aired in the 90's. I thought it was super cool that he appeared on the "Yellow Fever" episode of Supernatural in season 4!!! We plan to keep in touch, so we'll probably hear more about Mr. Roberds. For now, give him a follow on Twitter: @MikeRoberds

I have to personally thank the producers of the Bellingham Comicon (specifically Eric Burris) for inviting me to the show. It meant a lot that you reached out top us at www.thestevestrout.com, and I look forward to seeing you again next year!

Come see me at the Jet City Comic Show in Tacoma, WA on Halloween weekend. I will be at table AA-091 with Comic creator Scott Adams, writer and artist of Sukotto (www.facebook.com/sukottostudios and www.sukottostudios.com). Jet City Comic Show details can be found at: www.jetcitycomicshow.com/
Steve Strout is the media mastermind behind this site, host of the Comic Book Swap Meet, nerd, terrible artist, gamer, convention goer and comic book reader who spends more time rescuing toys from thrift shops than a normal adult should. He is also known around the northwest for his promotion of live music and stand-up comedy events and is the creator/producer of the Comic Book Swap Meet mini convention, and Olympic Peninsula Comedy Competition (which will make it's big return in 2015). Follow him on Instagram at http://instagram.com/thestevestrout, and  He can be reached for comments at ptcomedy@yahoo.com on twitter at @thestevestrout