Cosplayers We Dig...And so should you!!

I am personally a huge fan of cosplay and cosplayers. So much to the point of me finally doing my frist costume at a convention this past summer
at Supernatural Vancon. I went as Bobby Singer from the show, and I will admit I was inspired by a cosplaying friend who I've shouted out here on numerous occasions, Haylee Troncone.

I compiled a quick list of a few cosplay friends, fabricators, acquaintances, and favorites who are super talented and inspiring, in hopes that you support, follow, and appreciate them too. There are a ton more cosplayers that I'm a fan of, but theres are a few that I actually know or am acquainted with. Show them some love.

Haylee Troncone Cosplay: www.facebook.com/HayleeTronconeCosplay , She's not only a good friend, but shes really talented and artistic. She is part of our www.pnwsfx.com crew, and can quote just about any movie too!!! 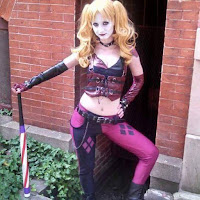 Lilith Eve: www.facebook.com/lilitheveadem Shes another really talented up and comer that I hope to do some work with soon...

Ireland Reid: www.facebook.com/OfficialIrelandReid Ireland Reid is fairly well known already, but is super cool, talented, and funny as they come. Shes awesome to her fans.

Abi Sue Cosplay: www.facebook.com/AbiSueCosplay Abi is a friend on the NW convention scene. She's pretty damn humble for being as good as shes gotten at making her costumes. I want to learn from her.

Jerikandra Cosplay: www.facebook.com/jerikandracosplay Jerica is also popular on the NW scene. You'll usually find her hanging with her buddy Abi. That a talented duo! Shes so sweet too. One of my favorites.

Travari Cosplay: www.facebook.com/TravariCosplay Travari is pretty new to the cosplay game, but has loads of potential. She's a pretty cool person too.

Ani Mia: www.facebook.com/Ani.Mia.Cosplay If you know cosplay at all, you know Ani Mia is one of the top cosplayers ANYWHERE. I don't really need to hype her up.

Megane Cosplay: www.facebook.com/MeganeCosplay One of my favorite people! Super talented from comic characters to anime she nails every costume she builds.

Ryan Wells: www.facebook.com/CosplayofRyanWells This guy is currently blowing up! He fabricates some of the most amazing stuff. He's another that I've featured here a few times. 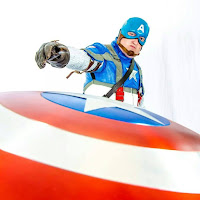 James Holliday: www.facebook.com/seattlecaptainamerica Jimmy is a good buddy. He does a lot of good charity stuff with the 501st, and probably has the best Boba Fett cosplay I've seen.

Thanks to everyone I borrowed pictures from!! Send me your info and I will gladly link your photos to you.

Who are some of your favorite cosplayers? Join us in the Comic Book Swap Meet group and lets have a chat about it!