As I was sitting on my break at work today (yeah, sadly, I have a regular job), I got to thinking about how great a time I had last week in Portland and Rose City Comic Con,
and all the fun nerdiness that ensued over the week to follow, and thought I'd like to share a bit.

First of all I want to mention Alan Tudyk and Nathan Fillion's CON MAN web series. I haven't ordered the whole series as of this moment, but Entertainment Weekly did a free screening of the first three episodes of the series! MIND BLOWN! What a fantastic show. Excellent production quality for this absolutely hilarious spoof on the "geek convention" scene and interactions between fans and celebrities.

My initial reaction was how exaggerated the fandom portrayal is in Con Man, but when I thought more on it and about the kind of stuff I've seen at cons...THIS COULDN'T BE MORE REALISTIC...Crazy eccentric fanboy/fangirls...Celebs that tried so hard to keep a smile on, though utterly exhausted and probably more than OVER the character they're loved for. Yeah, this sounds kind of sad, but trust me, if your a regular on the convention scene, you will find the humor. This show is made for us convention going nerds.

Seriously, give Con Man a shot! Another reason is that Felicia Day is in it! If you know me, you know how I feel about her 😍...Go jump on their Facebook page for more info on how to watch it: https://www.facebook.com/conmanseries

Since I mentioned Felicia Day...I honestly really enjoy Con Man so far, and would like to thank Felicia Day for making web series' a thing! She may never read this shout out, but I'm dropping it anyways. Thanks Felicia. Without you making the Guild huge we may not have these great web shows like Con Man and another favorite, Riftworld Chronicles! That's another must see if you haven't already. Enjoy:  https://www.facebook.com/RiftworldChronicles

Did I mention that Riftworld Chronicles happens to start one of my favorite actors (who I've happened to interview recently), Tahmoh Penikett?

I live in a little town called Port Townsend, WA. Every year we have this great little Film festival, the Port Townsend Film Festival. They usually have a celebrity guest, and show a ton of great movies. Unfortunately for me, this year, they sold out for the first time. I also waited too long to try and get any press credentials either, and I really wanted to meet and chat with their guests this year. They had Beau Bridges, who portrayed General Landry on Stargate SG-1, which I know Im a little late to that party, but its been a recent obsession of mine.

I did meet the other PTFF guest wandering through town on my way from another event that I will mention momentarily. The fantastic actor Chris Cooper, who's appeared in too many great films, including The Amazing Spider-Man 2, which excited me the most, took a minute to chat and take a picture with me. Turns out he's going to be filming a movie here in town next year! So cool!

As I mentioned, there was another nerdy happening here in Port Townsend, that I really hope becomes a regular thing.

We have a small cafe/community center type place here called the Boiler Room. It's basically an all age coffee shop, performance venue, gallery and more. A really good drug and alcohol free venue for local teens and adolescents to hang out. Well, the Boiler Room was gracious enough to let my new friend Kirsten use the place for a cosplay meet u/ chibi con. I gave advice , and was more than glad to, given my experience running the Comic Book Swap Meet mini con, and other events. I honestly wasn't sure people would come, but ya know what, a great group of young nerds came out and had a blast! I know I sure did, and look forward to more of these events, and hopefully help bring more of a cosplay presence to my con. I'd like to bring them into the fold and have them help run the show! Their enthusiam made me optimistic for the future of our nerd scene here in town. They had enough people come out, that they were able to have a cosplay contest, with our good friend (and my occasional con sidekick) and great cosplayer, Haylee Troncone, who was in her Misaka cosplay (from Attack On Titan) and another buddy with cosplay experience,  A Baby aka Alex, who was Kaylee from Firefly, as contest judges. Go follow them both! Their names are clickable links...

My photographer buddy and contributor to the site , Harrold McKenney came and shot some of the cosplayers in their costumes too. I'll admit, I don't know what all the costumes were, but it was fun, and that's what its all about. Check out a few pics: 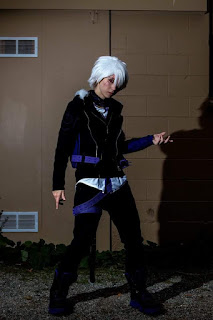 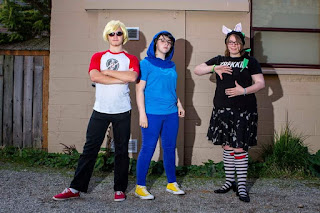 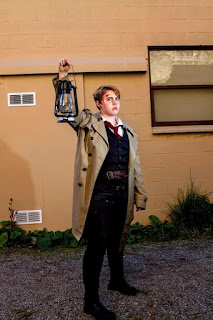 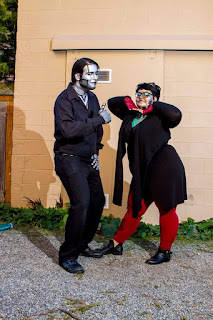 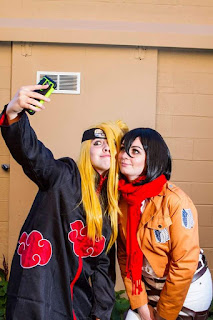 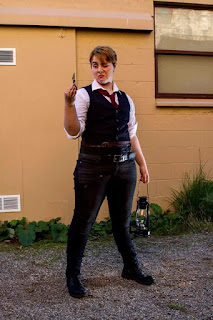 I'd say other than adulting, it's been a pretty fun week. Now I'm gonna go watch the season debut of Marvel Agents Of Shield, and write interview questions for some exciting people, so stay tuned. Thanks as always for the support! Keep it up, please!

Here's the next couple shows I will be at, so be sure to come say hi and grab a www.thestevestrout.com button!!