You've heard me rave about Mathew Southworth's art and how big a fan I am of his work, so I'm more than pleased to share this Q&A Matthew and I did to discuss his background and upcoming projects. 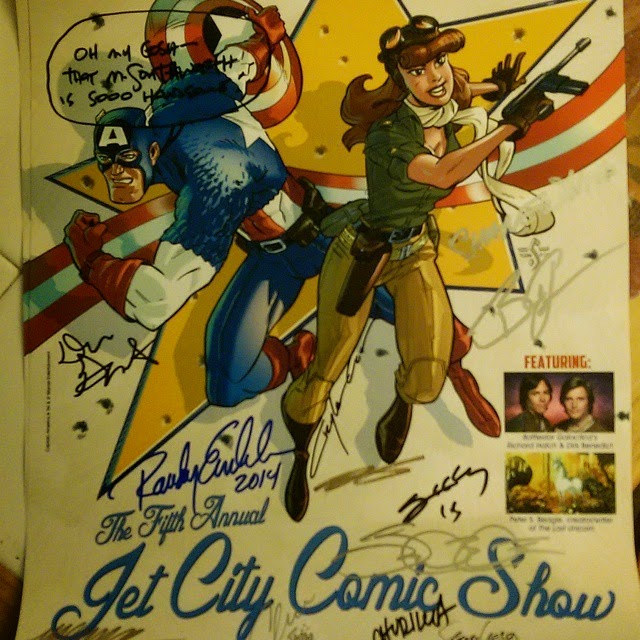 Before we get into that, I want to mention that I will be announcing another really exciting guest at the next Comic Book Swap Meet here in the next few days or so! Also, don't forget about the contest for the signed Jet City Comic Show poster over on our Instagram, Twitter, and Facebook. Links are posted at the end of this interview. The poster is signed by some great comic creators including Matthew Clark, Clayton Crain, Tim Seeley, and the subject of the following interview, Matthew Southworth!! Here's a peak at the poster... 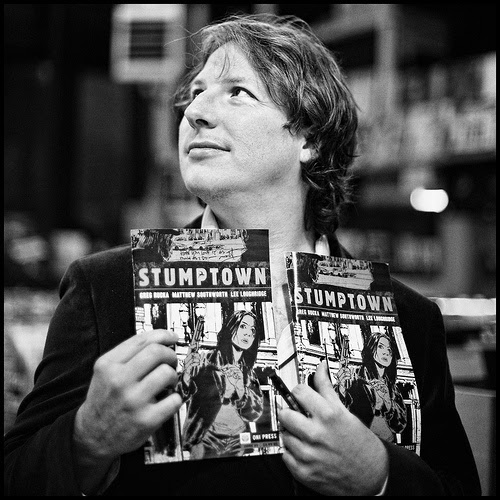 Inteview with Matthew Southworth, November 18, 2014
TheSteveStrout: I assume, based on your beautiful artwork, that you've been drawing and doing art in some way from a young age. At what point did you realize that you WANTED to and COULD make a career in the field?

MS: I've been drawing since I was three years old, but there have been some big gaps in there. In my teens I alternated between obsessing over comic books and playing guitar, and eventually I went off to theatre school. From the age of 18 or so on through to my late twenties, I didn't do much drawing at all. But once I'd been working in the film industry for a while, I realized the immediacy of working in comics really appealed to me, so I started diving back in around age 27 or 28.

TSS: Did you have any artistic inspirations growing up?MS: Yes--I was always "the kid who could draw" in elementary school, and that made me want to be...wait for it...Leonardo da Vinci. I set my sights pretty high. Haven't reached that level yet.


TSS: Your first published comic was a piece in Erik Larsen's Savage Dragon.How did that gig come about?

I really appreciate the time Matthew Southworth took for us, and will be on the lookout for the interesting projects he's working on!!! Stay tuned, and go search out some of his work. It's fantastic.