Review by Joe David Thompson
This was the first week in a long while when comic books tries to bankrupt me, but I took the hit cause I love you guys.

Here are the highlights from my pull list:  Alex + Ada 10, All New Captain America 1, The Fade Out 3, The Kitchen 1, The Ressurectionists 1, Thor 2, and Wild's End 3.  These were all solid books, from Alex and Ada's reunion to the cool American Hustle vibe of The Kitchen.  Jason Aaron takes us a little deeper into what a female Thor really looks like, and does so through an action packed issue, while Wild's End continues to be charming and fun.

But the books I want to talk about are Batgirl and Batman, both on issue #36. 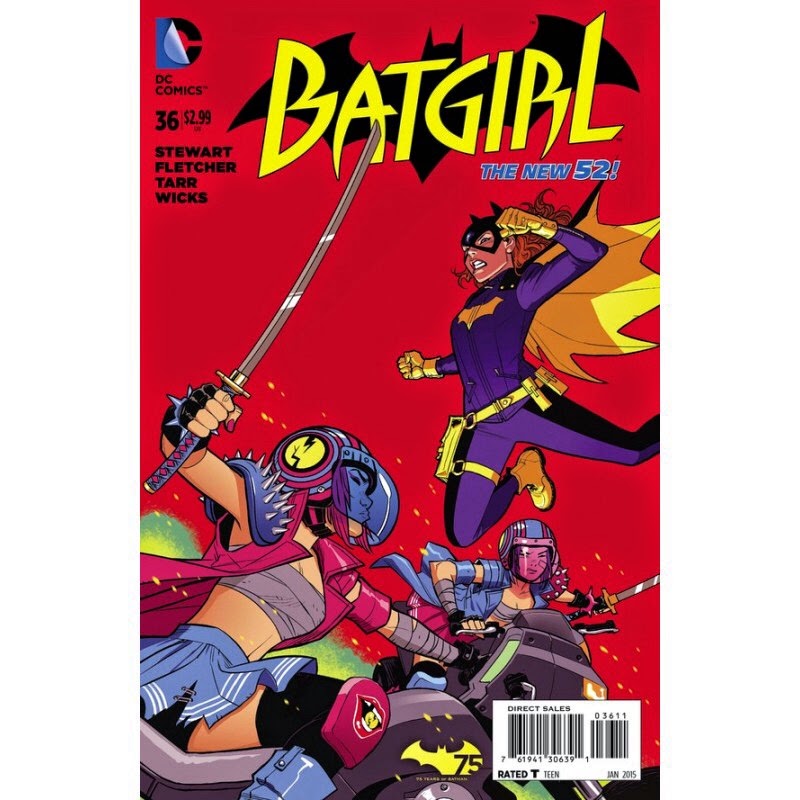 Written by Brenden Fletcher and Cameron Stewart, Batgirl is taking an exciting new direction, following Barbara to Burnside, a hip district of Gotham, where she attends her first day of grad school.  But this is a Batgirl book, so it's obvious her alter ego would find much to do.  This time it's a pair of cosplaying assassins on motorcyles hired to kill Batgirl by...Batgirl?  I'm loving the new direction and tone of this book, which is playful, refreshing, and fun, all the while keeping what makes a Bat-book exciting.  Babs Tarr's art is perfect, most notabel both in the action sequences and the nuances of the caracter's expressions.  You need to be reading this book, and it's easy since this new tteam took over on issue 35. 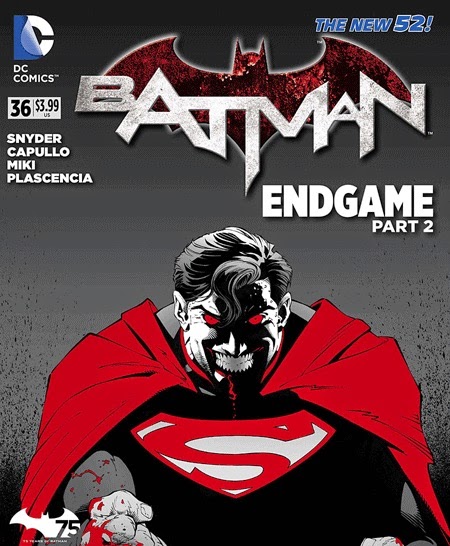 Scott Snyder's run on Batman by now should be a no brainer for a pick.  Snyder's brought a level of darkness and grit to a book that demands it and this latest issue is no exception.  Seems the Justice League has been perverted by The Joker's machinations and now Batman must first deal with a Joker-ized Supes in a spectacular fight before hunting down just what Joker is up to.  I loved the scenes with Alfred in this book, who's grown stubborn with age.  Snyder's Joker is still terrifying, not just because he's still having some facial issues.  The Joker has always been a fantastic charade fed, and I love how Snyder grounds him by making his motivations seem almost same.  Greg Capullo's art continues to be epic, delivering panels that look torn from a film.

And on a side note (or two), Image dropped the first trade collection of The Wicked + The Divine, for an affordable price, so if anybody's been on the fence with the book, this is the perfect way to jump on and catch up.  Secondly, I must confess I can't stop listening to this new Taylor Swift record, and I might need professional help.