Hey everyone, I feel I owe an explanation for my lack of posts here since Crypticon. Unfortunately, I've had a series of health issues stemming from a heart failure event a few years back. My life has been consumed by doctor visits, and even a recent stay in the hospital. Things are looking a lot better, so no need to worry. Sadly, the issues prevented me from posting anything here at thestevestrout.com. This in turn has also prevented me to attend and cover any conventions due to financial issues rooting from the health issues and a lighter work load. That's basically the gist of things. If you miss seeing me around at shows, feel free to help us attend by contributing via the donation button on this site, and tell your local conventions that you want us there covering their show!

But anyways...lets get back into the swing of things and introduce ya to a few cool projects! 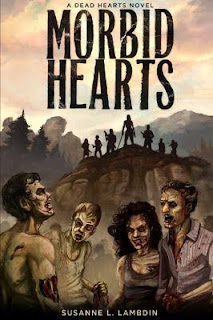 When I attended Crypticon last May, a few great creators submitted some stuff to possibly be given a shout out here at thestevestrout.com. Morbid Hearts, by Susanne Lambdin, is one such project. I wouldn't really call it a project though, as Susan is an acclaimed author. She even penned an episode of Star Trek TNG.

Morbid Hearts is the first book in the 'Dead Hearts' series about Cadence Sinclair. Cadence is a teenage girl living in a post apocalyptic camp of survivors, months after a virus wiped out the human race to the brink of extinction and turned the dead into zombies. It's not your typical zombie survival story, as the the virus begins to mutate the infected into even more dangerous and powerful creatures. It's a great story, that puts a very original twist on a zombie outbreak premise that's been beaten to death.
I don't want to divulge too much of the plot, as this is definitely worth a read and would hate to spoil it. Morbid Hearts has a very Y.A. feel, whether that was Susanne Lambdin's intention. The only negative I found in the story, is the overwhelming amount of characters thrown at you initially. Once you familiarize, that becomes a non issue. I'm ready for the next book in the series, and I'm pretty sure if you dive in, you'll agree. Check out the book and get more info on Susanne Lambdin at www.susannelambdin.com 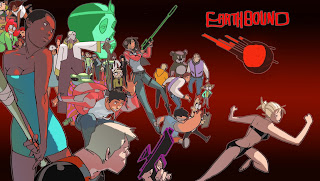 Earthbound is a creator owned project from Per Darwin Berg. In His latest project, a pair of headhunters (Spaceman and Julia) sent to earth to compete against one another to recruit the Sirens of Violence to join them in the Galactic Grand Prix Tournament...while also trying to bring in the central character, Wiz Kid, who happens to be a former friend of the headhunters...Its not proving to be an easy task as their targets have remained elusive to this point.

This is a unique sci-fi adventure reads so fast, tied together with a manga inspired art style that blends perfectly to the point of feeling like watching an actual animated show. I mean, Per even gets a shout out from Stan Lee on this book.

You can dive into a free preview of Earthbound now, which we highly recommend, via the Kickstarter page, which is set up for this series at:
https://www.kickstarter.com/projects/1783207042/earthbound-between-two-breaths-on-earth/description 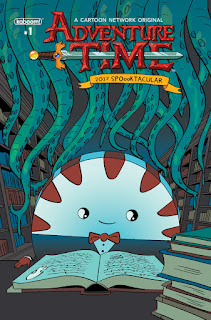 Just in time for Halloween, we have a great comic for the kiddos. Boom Studios imprint Kaboom, and the Cartoon Network bring us the 'Adventure Time 2017 Spoooktacular'.

This hilariously spooky collection of stories is suitable for all ages, so of you're into tales of magic, creepy clowns, pasta monsters, and masquerade balls all featuring Adventure Time favorites like Finn, Jake, and Princes Bubblegum, then this Halloween anthology is for you (and your parents).

The great creators features in these stories include Chris Lackey, Adam Cesare, Heather Danforth, Slimm Fabert, Grady Hendrix, and a whole lineup of fantastic writers and artists. For more info head over to www.boom-studios.com