Another year at Crypticon has come and gone, and I gotta tell ya, I love this convention more every year. Amazing guests, awesome vendors, and a brilliant artist alley are just a few reasons why I love this show. It feels like a family reunion every year seeing old friends and making so many new ones, including the wonderful celebrities. You wont find a con with more accessible celebrity guests than Crypticon, which you'll see in the photo gallery below...

This year was even better being joined by my con sidekick and contributor to www.thestevestrout.com, Haylee Troncone. If you don't know her yet, you should. She's one of the most talented up and coming cosplayers in the Northwest, and one of my favorite people! Go check her out at www.facebook.com/hayleetronconecosplay and show her some love.

This years Crypticon featured the one and only Elvira, and an Aliens reunion with cast members Michael Biehn and Lance Henriksen and sfx artist Alec Gillis...Elvira was her usual charming self, and gave us the extra treat of photo ops IN COSTUME Saturday of con. 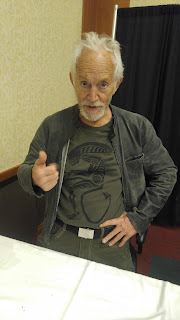 As popular as Elvira was, and she was VERY popular, the Aliens crew might have stole the show with Lance Henriksen leading the way being one of the nicest celebrities I've had the pleasure of meeting (They were all class acts). Lance took time with all the fans, and shared tons of stories in conversation and during panels. I wasn't planning on meeting him, but I saw him wearing a friends t-shirt design, so I had to chat him up about it, which turned into multiple conversations throughout the weekend, and being referred to as his buddy! Seriously, a great guy.

To be completely honest, I had never been a huge fan of the Alien(s) franchise. Not that I didn't like the films. I was just young when exposed and didn't get hooked...Well, after meeting Lance, Michael Biehn and Alec Gillis, I'm running out to grab copies of all the movies.  Being a big an of sfx, I had a blast chatting up Mr. Gillis too. Turns out he made a great film starring Lance Henricksen entitled Harbinger Down, which I plan to review very soon, and hopefully include some comments from Mr. Gillis. Stay tuned for all that.

Speaking of reviews, I'm waiting on another movie screener and have received a novel for review from some creators at Crypticon...More info on that stuff to come...

I also need to add that this year, the cosplay at Crypticon was above and beyond expectations, and you probably know that we're huge supporters of the cosplayers. It had been getting just a little better each year, but it's amazing now! Like I needed more reason to love this convention, right?


Now look at some pictures, and if you know who these cosplayers are, let me know so I can tag them!! 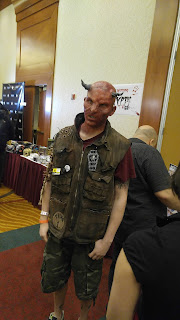 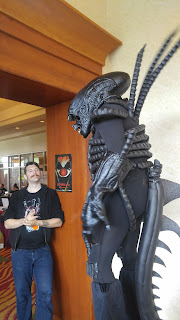 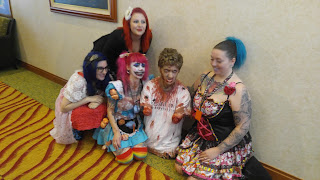 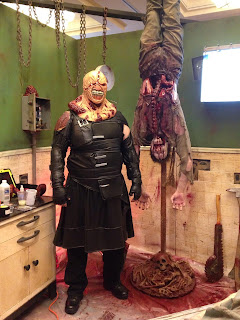 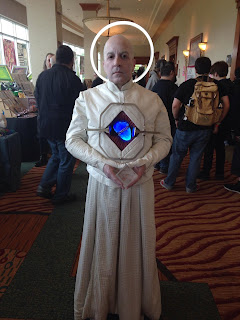 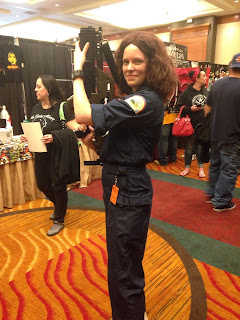