It's official! The date for the next Comic Book Swap Meet mini-con will be April 30th in Chimacum, Wa! We already announced our first comic guest in the creator of Sukotto, Scott Adams. Check out www.sukottostudios.com for more info on the series, and be on the lookout for a fun announcement from Sukotto and thestevestrout.com about a special show promotion!

Ready for our next guest anouncement?

We welcome Ryan Fisher to the Comic Book Swap Meet on April 30th. Our second guest, is another amazing indie creator whose series Torchlight Lullaby has been getting rave reviews with us (HERE) and abroad. He recently ran one of the most successful crowd funding campaigns to publish the entire collected series. 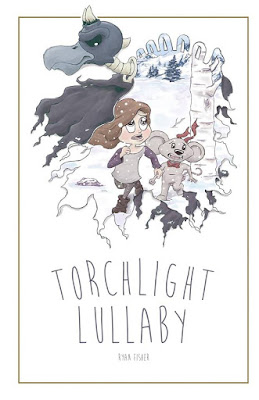 Torchlight Lullaby is a great tale, suitable for all ages. Get the details at www.torchlightlullaby.com Come down and say hi and grab some boks from this rising star in the industry, right here on the Olympic Peninsula at the Comic Book Swap Meet!!!

Stay tuned for more announcements, including a list of artists and vendors at the show! We hope to see as many of you as possible at the Comic Book Swap Meet on April 30th!! Keep checking back here, Twitter (@thestevestrout) and www.facebook.com/Comicbookswapmeet for the latest...

Speaking of Twitter. We're super excited, probably more than we should be, to have crossed the 100 followers milestone last week! Thank you all. Let's keep spreading the word and getting to the next level! We got some great things lined up, with interviews, convention season, and some great guest posts!! Thanks, friends!!!