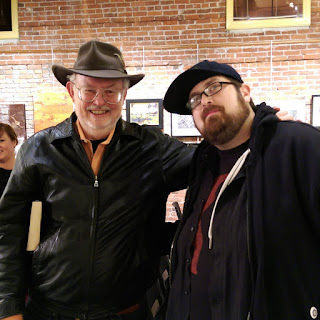 My little town had a visit recently from renowned sci-fi author and one of the founding members of the San Diego Comic Con, Greg Bear. The Key City Public Theatre presented a reading of some of Mr. Bear's work (which was brilliantly performed by a KCPT cast member). It was a nice evening of some sci-fi storytelling, as well as old and new friends. I connected with Greg Bear and set up this Q&A you're about to read. I highly recommend digging in to some of his writings such as , Eon, Star Wars: Rogue Planet, and Blood Music.

TheSteveStrout: What are you currently working on or promoting?

Greg Bear: I’m midway through the third book in the WAR DOGS trilogy, TAKE BACK THE SKY. Book 2, KILLING TITAN, was published last October. Hoping to get vol 3 out by next October!

SS: What inspired your creativity?

GB: Just about everything. I’m constantly working my way through science and history and fiction and science fiction, along with myth and psychology, trying to improve my understanding and find ways to challenge myself and my readers. Anything I haven’t resolved or don’t understand can be explored in a story. If the story is good, then sometimes I’ll understand more.

SS: What advice would you give to aspiring authors?

SS: You're a bestselling author. A recipient of multiple sci fi writing awards. What has been your biggest or personal favorite honor?

GB: Back in 1984, on the Queen Mary in Long Beach harbor, the Science Fiction Writers of America Nebula banquet was attended by my wife, my parents, my mother- and father- in-law, my favorite university professor and her daughter, and many of my writing colleagues. That night, I won two Nebulas, in front of one of the best audiences I could imagine. Stunning.

SS: I just started reading Eon, one of your acclaimed novels. Which of your published titles would you recommend most to a first time reader of your work?

GB: I like them all. Most challenging may be novels like CITY AT THE END OF TIME or EON. Also challenging is QUEEN OF ANGELS and SLANT. One of my best shorter novels is BLOOD MUSIC, but I’d also recommend HULL ZERO THREE and WAR DOGS if you’re fond of space fiction and subjects common in gaming.  And if you like ghost stories, how about PSYCHLONE or DEAD LINES? Fantasy? SONGS OF EARTH AND POWER.

SS: We met at a reading of your work in Port Townsend, Wa. How much of an honor is it to have people doing events and readings to celebrate your work?

GB: That’s the first time I actually listened to a live performance of an actor reading one of my stories. Fine job, and gave me a thrill, as well as new insights.

SS: I am huge into the "comic con" scene, as I cover the conventions regularly forwww.thestevestrout.com. You're actually one of the founders of the biggest con of all, San Diego Comic Con or Comic Con International. How did SDCC come to fruition, and are you still involved in any way with it? 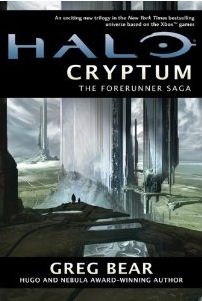 GB: Back then, a lot of my high school buddies and other San Diego fans and  I banded together to celebrate our enthusiasms. We met with Ray Bradbury and Jack Kirby and Forrest J. Ackerman and many other talents. We attended conventions and fan meetings and started producing fanzines—we even tried to film a movie version of “A Sound of Thunder.”  A few years later, in 1970, with the encouragement and help of fans like Shel Dorf and Ken Krueger, and many like-minded men and women in the local fan communities, we decided to put on a small convention modeled in part on the NYC Triple Fan Fair. We loved so many things, including comics and movies and TV and science fiction, so we invited many of our favorite artists and authors—and later, filmmakers-- to be guests—and lo and behold, a lot of them attended! Ray Bradbury and Forry attended every single SDCC until they could no longer travel. Ray Bradbury was frequently accompanied with his long-time friend, Ray Harryhausen and his wife Diana. Jack and Shel and Ken and many others were frequent attendees into the nineties. Along the way, by going to SDCC, I met so many wonderful people—for which I am eternally grateful.

SS: I run a mini convention here on the Olympic Peninsula, is there any advice you could offer as a founder of the renowned SDCC?

GB: Be diverse! Share what you love. Expand the convention’s horizons and welcome all enthusiasts who have something important and worthwhile to say.

SS: Besides book tours and stuff, do you ever guest at any of the conventions around the country?

GB: Quite a few. Next we’re going to attend the San Diego Comic-Fest, started by our SDCC co-founder Mike Towry and still going strong. Reminds me of the early days of SDCC!

SS: Is there anything you'd like to add, plug, or contribute before we'd wrap the conversation?

GB: Support your local writers and artists! Spread the word to teachers and schools, and help them expand their programs as well.

SS: Thanks so much for the time, sir

Thanks for reading. For more info on Greg Bear and his work, check out www.gregbear.com
Also, be sure to follow us on Twitter at @thestevestrout as we will be doing a giveaway or two once we hit the 1000 followers milestone. We have some cool signed (and unsigned) items including swag from Dune writer Brian Herbert and some signed comics from amazing creators. Go follow, and share share share!!!