I had originally thought my whole trip was going to be scrapped because I didn't make enough chainmaille sales (www.scarlettstreasure.etsy.com)  for spending money to do anything, or even get lunch! I had made one big sale but my husband got into a car accident and couldn't work that day so I put it into our bank account to make up the money he would have made that day.

A few days before the event, I got a few more orders, so I was thrilled I could take my 12 year old sister to meet Billie Piper (my main goal of the whole thing, to let her meet her favorite person!) And I could get photo ops with two of the original Power Rangers (for me!)


Then right before the event I made more sales, and I was able to not only get a bunch more photo ops but even surprise my sister with Billie Piper's autograph too!
What I thought was a ruined weekend turned out to be the most memorable experience in a long time. 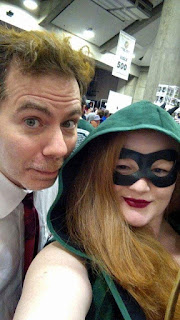 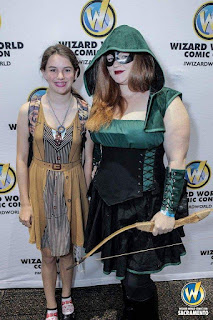 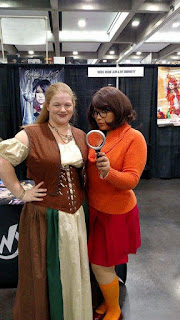 I had photo ops with Billie Piper, Adrian Paul, Katie Cassidy, Manu Bennett, Jason David Frank, Norman Reedus, and I had PLANNED and purchased one for David Yost, but due to a medical issue we didn't make it upstairs in time. They were so accommodating they traded it for one with Sean Patrick Flannery that was coming up!
I got Billie Piper's autograph (so did my sister) Katie Cassidy's autograph, Jason David Frank and David Yost's autographs and got to meet Reggie Lee at his table and said hello to Giancarlo Esposito as we were walking to our car and he was leaving the building.
The first day was an amazing day spent with my little sister and the second day was with my best friend. 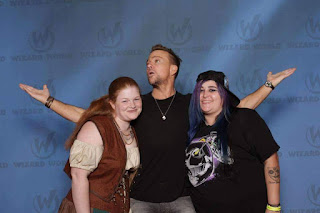 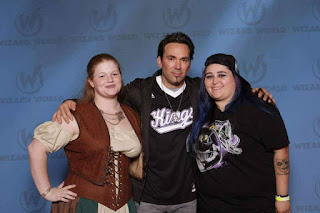 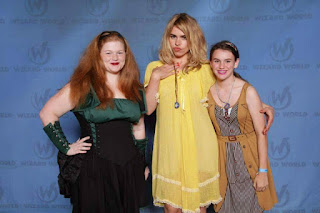 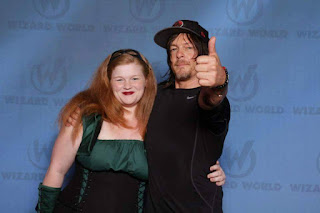 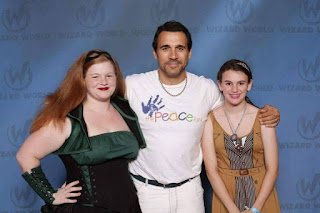 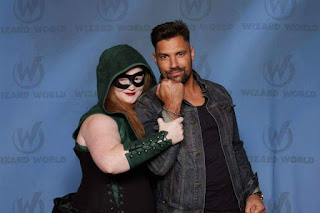 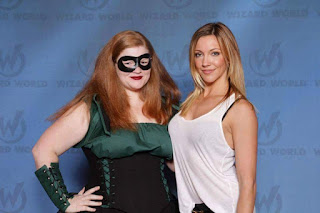 Most memorable moments were (all of them of course!) But when I met Norman and gave him the chainmaille bracelet I made for him, he bear hugged me and you could tell he genuinely appreciated it. He is such a good soul.
When I gave Jason David Frank his chainmaille dragon and he sat there playing with it and showing the whole line. 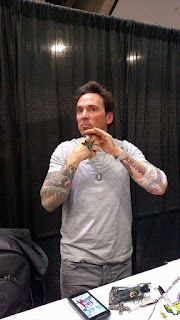 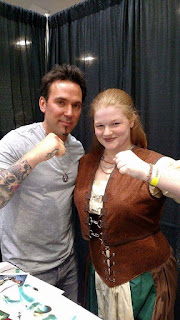 When I gave Billie Piper her necklace and she held it up for her photo! She was so sweet!
And when I gave Manu Bennett his bracelet, he had me put it on and hugged me and held it up for the photo op. The next day I walked past his table and he was still wearing it. A woman in line heard me gushing over how he still had it on. So she went and told him I was standing there, and he waved, showed me it was on, told me how much he loves it. He then got up walked around to me and said "Come here let's take another photo together!" Had a staff member take a photo of us holding up his bracelet. 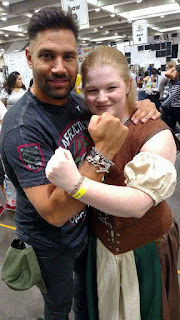 I also got to meet an artist I've been a huge fan of and get some more prints from him, (Artist Abe Lopez if you want to find him!)
Ivy Doomkitty and Cody Stark (who interviewd me on Good Day Sacramento)
It was so amazing.
I will always remember this and that's what counts!
Email ThisBlogThis!Share to TwitterShare to FacebookShare to Pinterest
Newer Post Older Post Home