Emerald City Comicon, or ECCC, has come and gone again! No chance for the post con depression to set in though. I will be checking out Norwescon and Sakura Con, both for the first time this weekend! Before I get into that, let's take a look at some of the highlights from ECCC...Enjoy, and if I post something without tagging or crediting, and you know who they are, let me know asap!!! I couldn't see everything at this ever expanding convention, so please share more great photos over at the Comic Book Swap Meet group too!﻿ 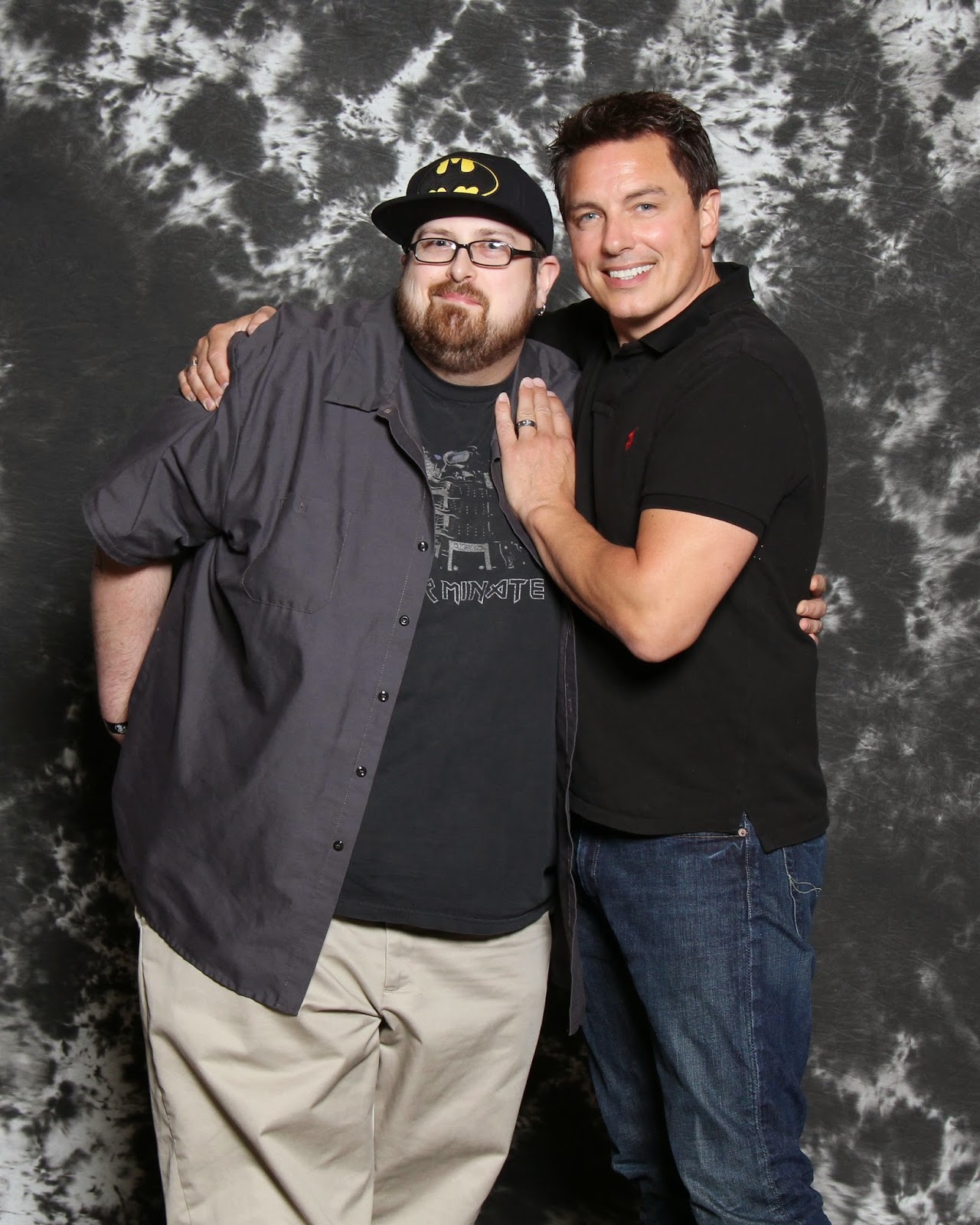 Hands down, my personal highlight of the weekend was the interaction with Mr. Malcolm Merlyn and Jack Harkness himself, John Barrowman. This guy was as awesome to fans as I've seen any celebrity be! His panel had the energy of a rock concert! If you EVER get the chance to meet him and see his panel, DO NOT PASS IT UP! Worth every penny. I actually came across the whole panel from ECCC on youtube. Here is a link. I highly recommend checking it out!

There was also this! I've been working on fabricating costumes with a little group of friends under the name of PNWSFX. Well our first big build we did a Batgirl suit comission for a friend. Well, the friend debuted the suit at ECCC and ran into the wonderful Gail Simone who happened to like the work enough to autograph it for us! Such an honor!


The 501st were down in the same level as the kids section of the con, which happened to be one of my favorite parts of the show! Always a pleasure runing in to my freinds in the 501st, and seeing the kiddos have fun too. Check out some of these amazing Lego sculptures that were on display in the kids area! So cool. I wanted to take home the Lego Serenity! 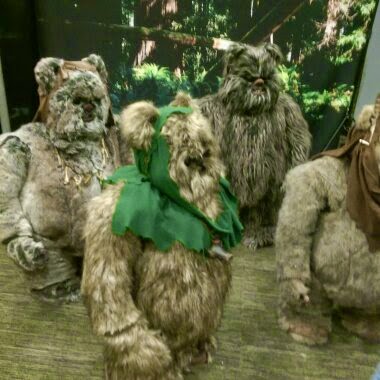 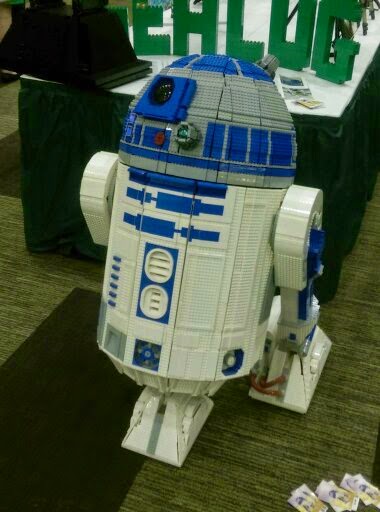 Check out some of these amazing Lego sculptures that were on display in the kids area! So cool. These pics need no explanation. I wanted to take home the Lego Serenity! 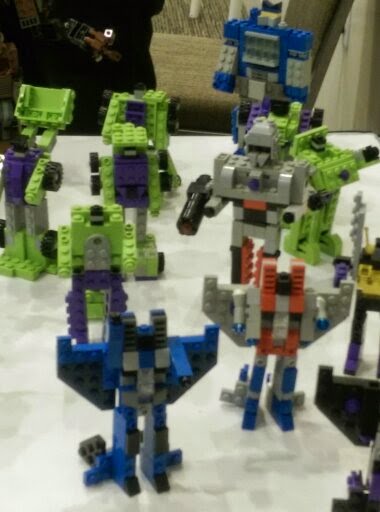 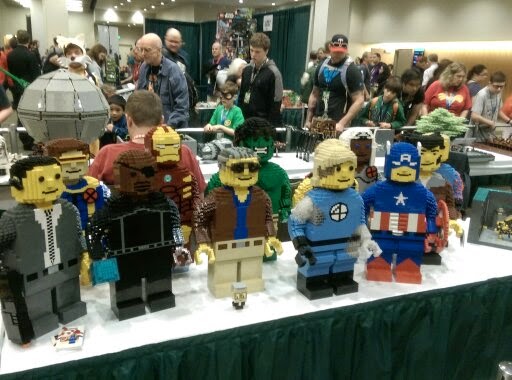 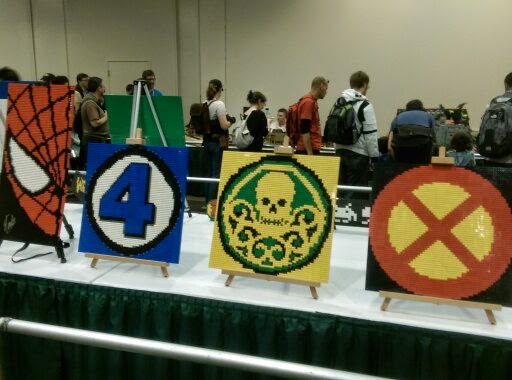 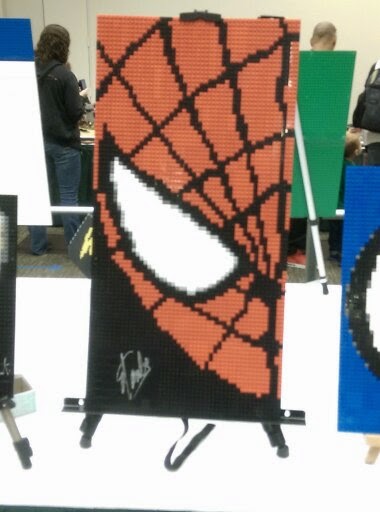 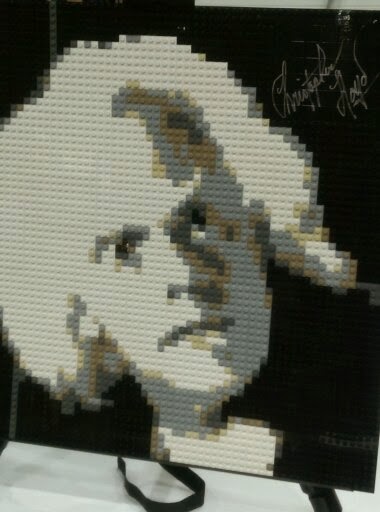 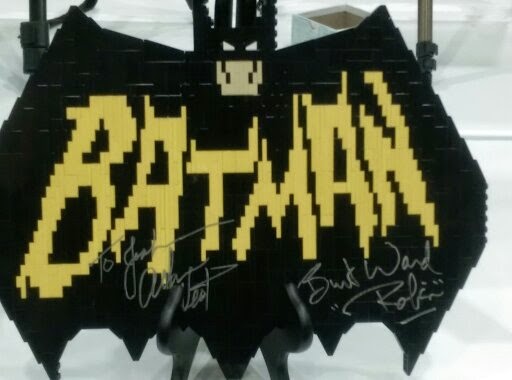 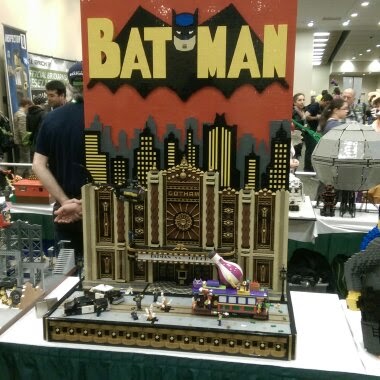 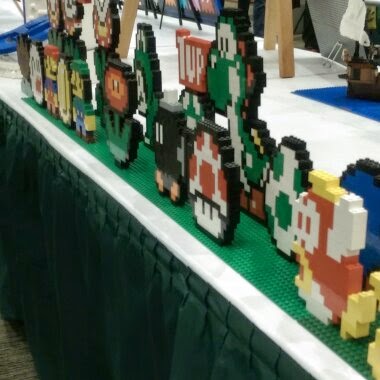 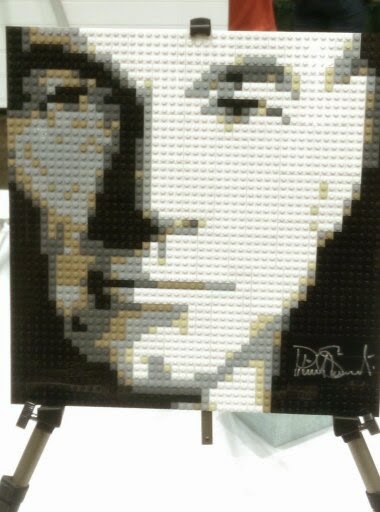 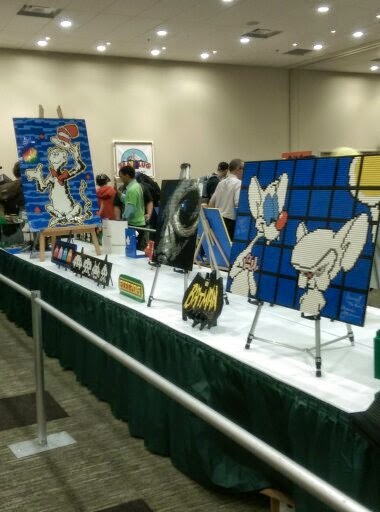 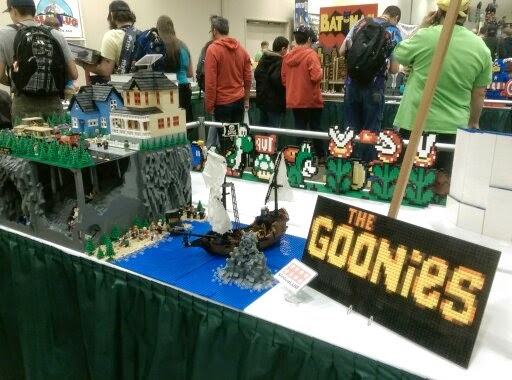 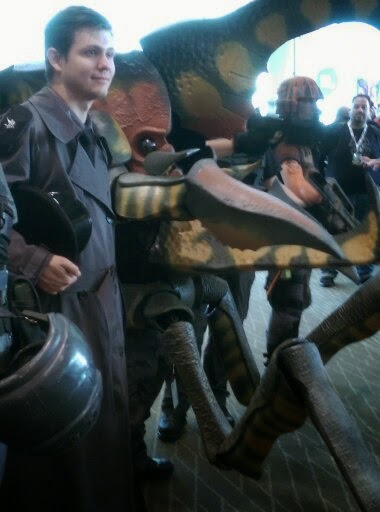 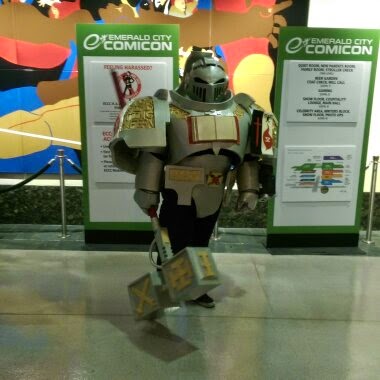 This video perfectly exemplifies the level of talent this years cosplayers displayed! Thanks to Lita Cosplay and Adam L. for sharing...

What was your favorite part of Emerald City Comicon this year? After meeting John Barrowman, I think mine was being able to hang with friends and make new ones! Let's hope this carries over to this weekend!!  Go tell us about it in the Comic Book Swap Meet Facebook group!   ﻿﻿﻿﻿﻿﻿﻿

As I mentioned, no rest for the wicked, as I will be double dipping at two conventions this weekend! Norwescon and Sakura Con!!!﻿﻿﻿﻿﻿﻿﻿﻿﻿﻿﻿﻿﻿﻿﻿﻿
﻿﻿﻿﻿﻿﻿﻿﻿﻿﻿﻿﻿﻿﻿﻿﻿﻿﻿﻿﻿﻿﻿﻿﻿﻿﻿﻿﻿﻿﻿﻿﻿www.thestevestrout.com will have a lobby table at Norwescon 38 in Seatac, WA all weekend (although I will be in and out each day).  This will be my first time at the regions top Sci-fi and Fantasy convention and I am really excited and completely honored to have a table at the show. Even more exciting is the Author Guest of Honor, George RR Martin. I'm really excited to get that autograph for my collection! Maybe even a little blurb for the site from him. If you don't know who he is, he's just the writer and creator of a little fantasy series that's been adapted to television called the Game Of Thrones. Yeah. That show! I will be in fanboy mode for that meeting.  I'm also looking forward to seeing some old friends and making new ones. As always, I will be looking at the costuming! As an aspiring costume maker, It's always a highlight of my con experience.
﻿﻿
Speaking of costuming and cosplay, the other convention I will be visiting, also for the first time, is Sakura Con, which is synonymous with amazing cosplay. It's also one of the premier Anime and Japanese pop culture conventions in the U.S. I'm kinda new to Anime and Manga, but have recently gotten hooked on it, so I'm really excited to see how these fans get down. I've been warned that it's very different than any other fandom cons I've attended, but I'm ready...I hope.

Don't forget, now that convention season is in full throttle, that we're having a little giveaway/contest to give back to you guys for the support! Deatails are at the following link: http://www.thestevestrout.com/2015/03/convention-season-giveaway.html. Besides whats posted in that link, If we hit 900 followers on Twitter by the contest deadline, I'm going to sweeten the pot by throwing in a reissued "Image first's" copy of the acclaimed comic Sex Criminals #1, signed by one of my favorite writers, Matt Fraction...Maybe more, so stay tuned!