Let's kick off convention season with a little contest! Gonna give away a little nerdy grab bag containing the pictured items (possibly more, depending on the response) to a random follower. 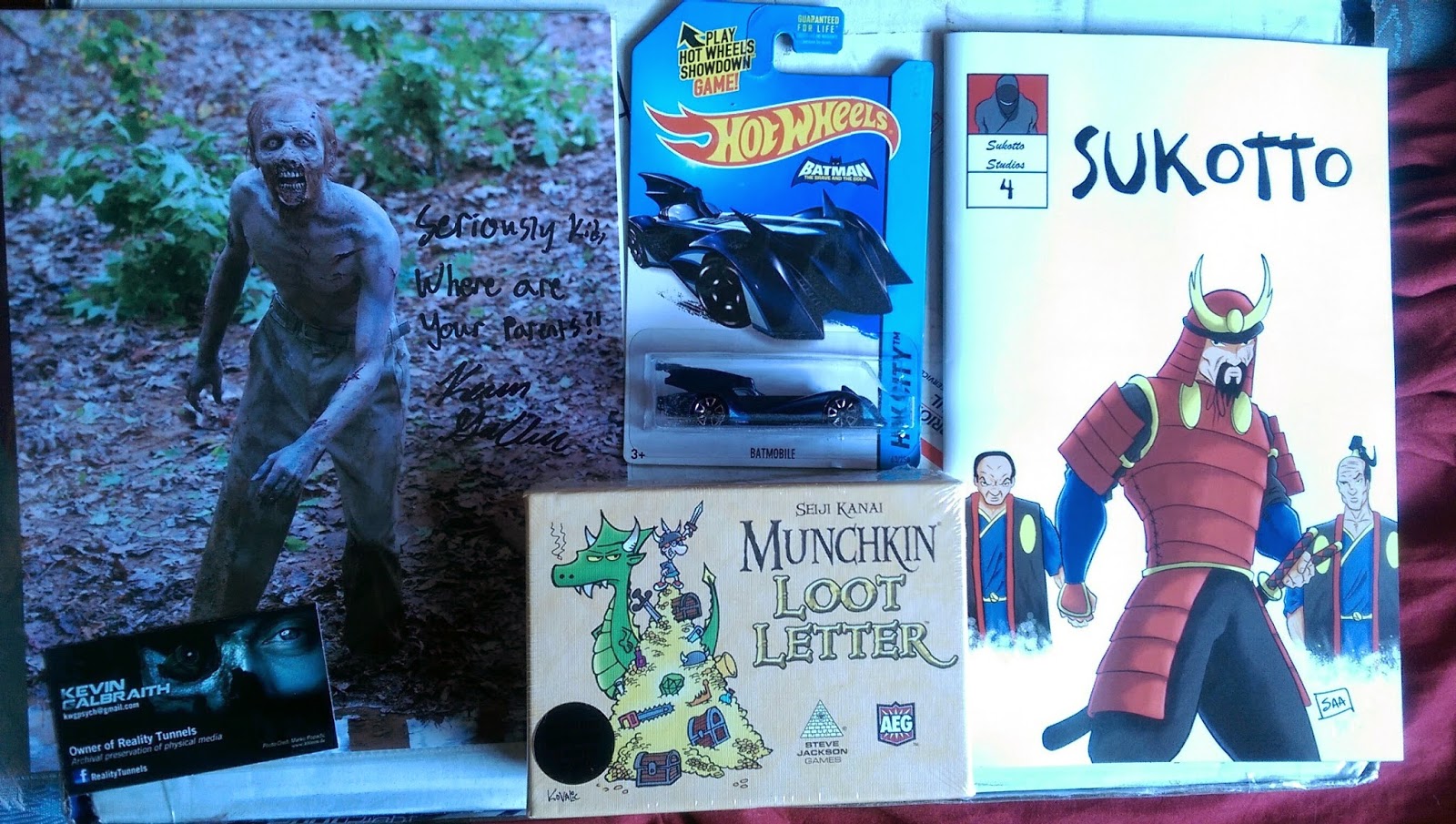 To enter, make sure your following @thestevestrout on Instagram AND Twitter and share www.thestevestrout.com using the hash tag #comicbookswapmeet ...We will pick a random winner on April 30th. We appreciate the support! We're gonna be covering some awesome conventions and doing some awesome interviews over the coming months, so you'll be glad you followed and shared!