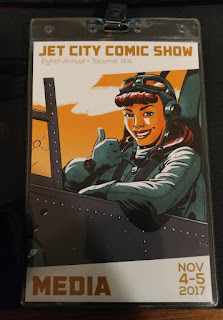 This recap of the 2017 Jet City Comic Show will be short and sweet. Let me tell you why...

As I've mentioned in recent posts, I had some health issues. Unfortunately those issues kept me away from my beloved convention scene. Being away also deprived me from seeing so many friends and acquaintances that I always crossed paths with at these fandom conventions, so I kind of got sidetracked a bit too much visiting all of my people at this show, also depriving myself from taking a ton of pictures like I normally would have. With that being said, it was fantastic getting back into the swing of things, and you can expect so much more in the coming months (as life permits). I also only attended one day, for the aforementioned reasons.

The Jet City Comic Show usually marks the end of the convention season in the Northwest, and as with each year, it culminates with one of the friendliest and exciting shows around. This year expanded the floor a bit adding some awesome replica automobiles from our favorite shows and more great panels than ever.

One thing that sets Jet City Comic Show apart is how it remains dedicated to comic books and creators. Every year Jet City feature one of the best artist alley's full of creators, from freelance to seasoned artists from all the major publishers. Some featured comic creators this year were our friend and rising star in the business, Jeffrey
Veregge (who we will have an interview up soon with some big news), Steve Lieber (Hawkeye, Whiteout, Shooters), Jeremy Colwell (Batman/TMNT, HeMan/Thundercats), Randy Emberlin (Spiderman), Matthew Clark (Ghost Rider, Wonder Woman), Greg Smith (Junior Braves), Emi Lenox (Spider Gwen, Lumberjanes), Matthew Southworth (Punisher, Stumptown), and one of my personal favorite artists, Ben Templesmith (30 Days of Night, Wormwood). Thats just the tip of the iceberg for the amazing talent the show producer bring in, without even mentioning a ton of amazing freelance talent too!
There were some great celebrities brought in to meet and greet fans. The legendary ,Fred "The Hammer" Williamson, of  was on hand taking pictures and signing autographs. Fred was a former NFL player who rose to fame as an actor during the "blaxploitation era" with films like 'Black Caesar' and 'Hammer'. Some more recent roles include the 'Starsky & Hutch' remake and 'From Dusk Til Dawn'.

I was personally excited to meet and chat with Jeremy Palko and Sarah Butler. Jeremy, who I was a fan of from his work as Andy on the 'Walking Dead', as well as 'Vampire Diaries' and 'Bloodline'. Sarah Butler, is a horror icon best known for her role in the 2010 remake of the 70's horror classic, 'I Spit On Your Grave'. She's also been seen on a ton of hit tv shows like Castle and CSI. 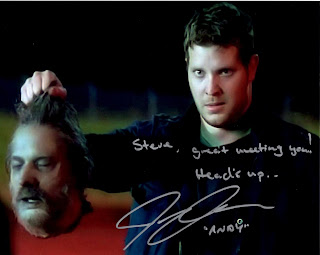 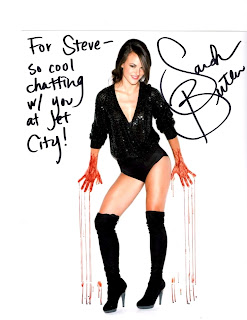 The cool thing about these two, is that they both had local ties, having attended the same high school in the area. These were two of the most personable celebrities I've had the opportunity to chat and hang with. There's a pretty good chance will have interview them both for the site. I think you'll really appreciate these two, not only as talented performers, but at great, down to earth people.

I mentioned famous tv cars...How about a replica of K.I.T.T. from the 80's hit tv show 'Knight Rider (starring David Hasselhoff), and one of my all time favorite television show cars, after the Batmoblile of course, it the slick black 1967 Chevy Impala known as "Baby", from the CW hit show Supernatural! Who hasn't imagined themselves cruising with the Winchesters on a job kicking some monster ass? 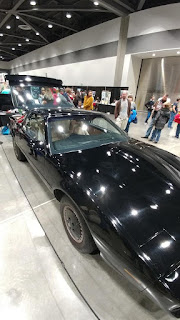 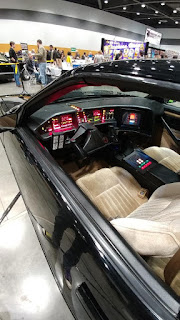 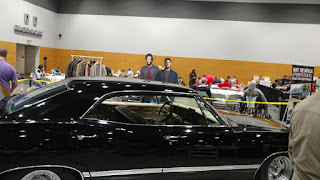 As prior mentioned, I have limited photos for ya to enjoy (a couple borrowed), but I'm sure you will do just that. 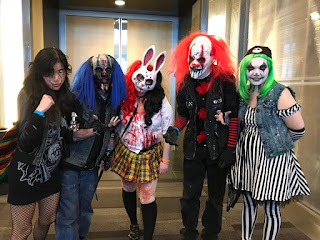 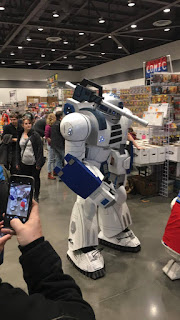 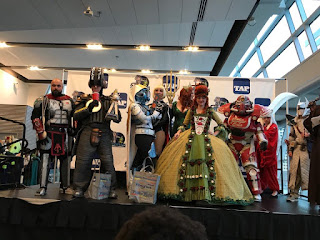 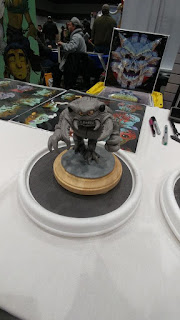 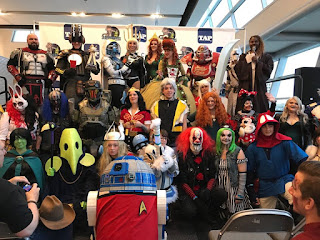 I must admit, I'm happy with this recap. I got in quite a lot of the convention in one day! Be on the lookout out for some cross promoted Jet City Comic Show coverage with our friends at Sci Fi Monkeys soon too!

I'm glad to be back in the swing of things, and appreciate you all and thank you for your patience with the site. As a token of my appreciation for all of your support, I have a couple programs from the show autographed by a few of the comic creators, which I wan't to give to a couple lucky followers who share this Jet City Comic Show recap! The program is signed by Jeremy Colwell, Ryan Fisher, Jeffrey Veregge, Greg Smith, and Ben Templesmith, and will be sent to a new home with a random site supporter! 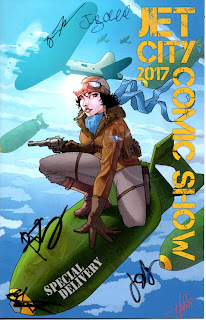 Also, as always, I'm still opening the site up for guest posts, so if you want to cover conventions in your area, review comics and media, or have any other ideas, get in touch. All the info is below...

I also have a ton of these awesome www.thestevestrout.com zombie logo pins. I'll be giving away a few in contests, but if you just HAVE TO HAVE ONE, just send a couple bucks for postage and I'll get one out to ya! Message me or use the PayPal donation button on the site.