I attended my very first Gallifrey One (a HUGE fan run Doctor Who convention) this month, and it was an amazing experience.

Thursday for what everyone was calling “Lobbycon” I wandered around and traded ribbons (my first time at a convention that had ribbon trading) which was a lot of fun. Then we all walked/drove over to In-N-Out Burger for the In-N-Out run, that was just insane, so many people but was also really fun (and good food!).


Friday morning I was able to meet Ingrid Oliver (Osgood) for a photo op, and wander around the convention a bit, it was well laid out and not difficult to find things for a newbie like me. Friday afternoon I had photo ops with Neve McIntosh (Madame Vastra) and Michelle Gomez (Missy). Friday night was karaoke, which was a BLAST, I’ve never been to a convention that holds karaoke til 4 am for the guests! 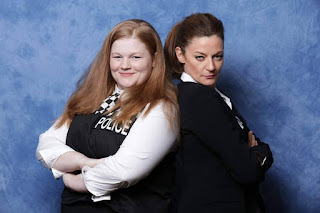 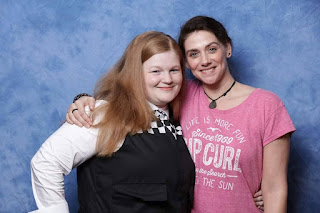 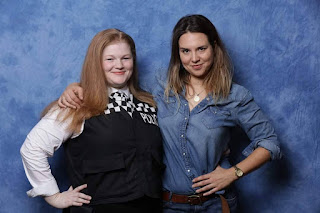 Saturday, I had the chance to do a photo op with Sir John Hurt (such a lovely man) and the Moment prop from the 50th special of Doctor Who. We also did karaoke, went to the disco dance and then sat on the patio with Samuel Anderson (Danny Pink) and chatted and had drinks with him, he hung out with fans all weekend which was really awesome. 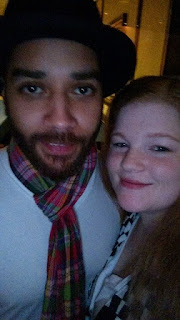 Sunday was the last day of the convention, I was able to get an autograph from Sir John Hurt, as well as Naoko Mori (Tosh from Torchwood) and Neve McIntosh (Madame Vastra) and chatted with them for a while, it was great how they were so wonderful with their fans. 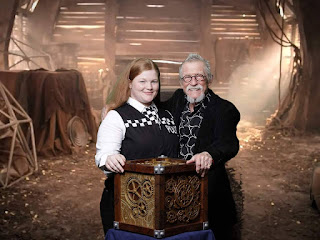 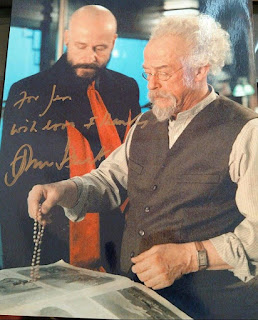 During the whole convention there was a ribbon hunt game being put on by Nerder Mysteries a nerd themed murder mystery company run by Isaac Pierce, Brian Cook, and Katie Aiani www.nerdermysteries.com for the charity LUMOS, a wonderful charity that was founded by J.K. Rowling to help children all over the world who are taken from their families and placed in institutions merely because their family is poor, disabled or from an ethnic minority, more than 80% of these children are NOT orphans, they have families that love them. www.wearelumos.org

The game consisted of getting a clue at the Nerder Mysteries table, and a ribbon, also a raffle ticket for the prize. You then used that clue to find another “agent” to receive your ribbon and next clue, and once you collected all five ribbons you’d go back to the table and get another entry into the raffle. There were raffle prizes each day (fun nerdy goodies that were donated) after the game, and also a grand prize (TWO passes for Gallifrey One 28!) at the end of the weekend.

I didn’t play the game because I helped a bit with the set up and table, as did some AMAZING volunteers, but I did ask two friends who did to give me a review.


“I played the Nerder Mystery game on the Saturday and Sunday of Gallifrey One. Both days we registered for the game at the Nerder Mysteries table in the main hallway. We watched a video featuring the Doctor and Osgood, explaining our mission for the day and received our first clue leading us to our next location, a ribbon, and a raffle ticket for daily prizes.

The Sunday version only led us to two additional locations. Once we had collected five ribbons, we returned to the registration table where we received a completion ribbon, registered for the Grand Prize drawing and got to guess who the villain of the game was. Each day there was a recap panel at the end of the day, where the villain was revealed and daily prizes were given away.
Saturday was definitely the most fun as we played the full version of the game. The clues were challenging but not too difficult to figure out. The acting and the writing in the videos was superb. The Nerder Mysteries team had clearly put a lot of time and effort into preparing them. Playing the game did not cut into the rest of the convention at all; I was still able to attend all the panels and autograph signings I wanted.
While waiting in line to watch the video at each location, I traded my own ribbons with other attendees. I really liked that ribbons were handed out during the game as well. The Sunday version of the game was much shorter so it felt a little rushed and one of the clues was repeated from a previous day. I hope that in future years, we are able to play a fuller version of the game on Sunday. The wrap-up panels at the end of each day were entertaining. The improv skills of the Nerder Mysteries team were quite apparent as they had to come up with the motive of the day's selected villain on the spot. The prizes that were raffled off were very good and appropriately nerdy. All in all, I found the Nerder Mysteries game to be a very fun part of my Gallifrey One experience and I hope to play again next year.” - Ashley Lincoln

“The Nerder Mysteries: Let Zygons be Zygons was a lot of fun. It was a great deal of fun figuring out the clues and then finding where those clues led you. there were some kinks and hiccups but all in all it was a great experience. I'm so pleased to have one the grand prize drawing as well as pleasantly surprised that when I was contacted that i had two badges to next year’s con,vs just one. I would give this whole experience a big thumbs up and can’t wait to see what they have in store for 2017 and see how much better it can be.” - Jon Sipes 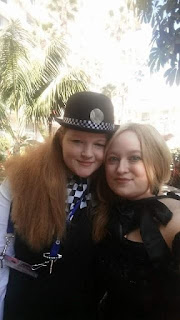 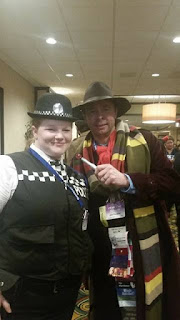 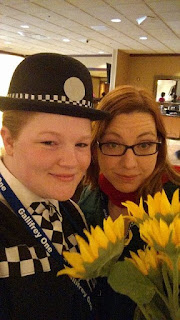 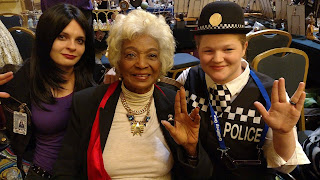 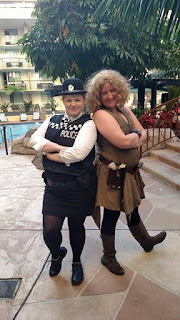 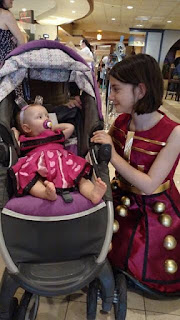 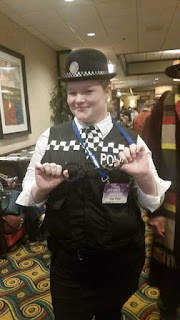 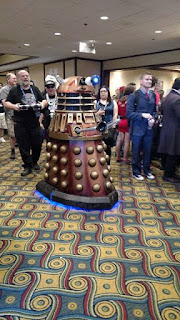 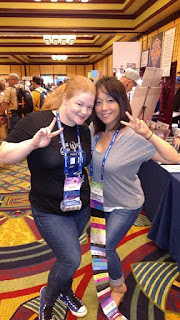 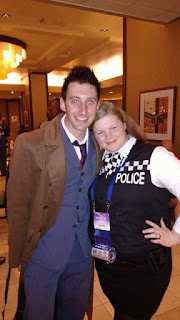 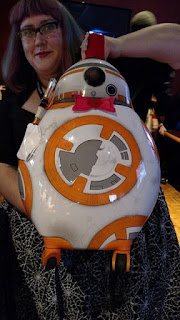 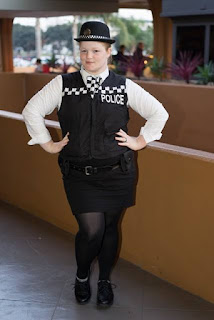 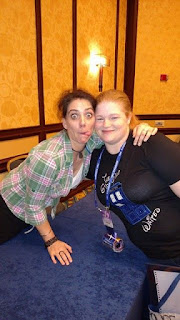 All in all, this convention was one of the best I’ve been to, the con staff was all great, the convention was run so well, and it was really FOR the fans. I cannot wait to go back next year.
Email ThisBlogThis!Share to TwitterShare to FacebookShare to Pinterest
Newer Post Older Post Home