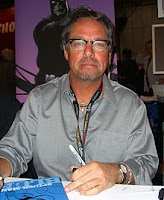 We're doing a series of Q&A's with some Emeralc City Comic Con guest creators, and we're honored to kick it off with this quick interview with legendary artist of acclaimed titles such as Batman: The Long Halloween, The Dark Victory, and Daredevil, Yellow, the award winning Tim Sale...enjoy and share! See you at ECCC!
TheSteveStrout: What are you currently working on, and what will you be promoting this year at Emerald City Comic Con?
Tim Sale:  I'm in the early stages of a creator owned series, too early to say more about it, other than I am really jazzed. Doing covers here and there, and soon to be drawing some Batman ones (yay!), and working away at my commission list, which always gives me much pleasure.

TheSteveStrout: Is there a different level of excitement being a convention guest in your home town?
Tim Sale:  For me, yes. Not sure about the fans!
TheSteveStrout: What do you look forward to at these shows?
Tim Sale: Not sure what you mean by "these", but really it's pretty much the same everywhere, I love meeting the people, and doing what I can to make them happy.
TheSteveStrout: Are you appearing at any other shows in the coming months?
Tim Sale: Denver and Toronto are the only ones scheduled, and I want to keep the list low. I may add one or two others. 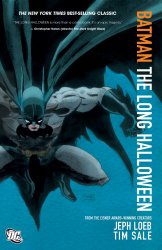 TheSteveStrout: As for your career...you're probably best known for your work on Batman titles, having done award winning work in books like Batman: The Long Halloween and Dark Victory.
Do you feel extra pressure on yourself when working on high profile characters?
Tim Sale: Oddly, no! I have no idea why. I just feel lucky, and excited to be able to put my own spin on the characters while still keeping the core of them intact. With Jeph Loeb, we felt very much the same way about it, and it was a huge part of why I think we worked so well together.
TheSteveStrout: Did working regularly with a great writer like Jeph Loeb make your work easier to tell the stories visually?
Tim Sale: Absolutely. Jeph writes comics as a visual medium, and he wrote with my strengths and weaknesses, likes and dislikes, in mind.
TheSteveStrout: I believe you did some work alongside Mr Loeb on some television projects as well? Have there been, or are we going to see any more "live action" stuff from you in the near future? 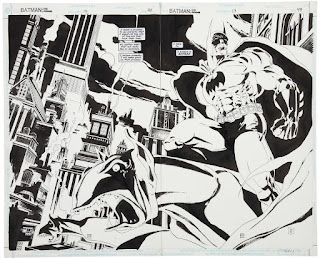 Tim Sale:  I don't think so! The only work on TV that I've done is the show HEROES, where Jeph was a writer. I have no real itch to do TV or games or movies.
TheSteveStrout: What projects throughout your illustrious career, have been the most fun, and proud of?
Tim Sale:  SOLO, BATMAN DARK VICTORY, SUPERMAN FOR ALL SEASONS, HULK GRAY, DAREDEVIL YELLOW. For now!
TheSteveStrout: If you could work on any character you haven't already worked on, who and why?
Tim Sale: My own, or ones that I have a hand in creating. Something noir. Always thought a Doctor Strange would be fun, or a Doctor Doom mini, but never could get Jeph interested. I'd love to revisit Superman.

TheSteveStrout: Any thoughts on the current crop of comic creators and comic titles on the scene currently? Who are some you're into?
Tim Sale:  I honestly don't read much, but I am drawn to writers and artists that tell a story cleanly and dynamically, not the folks, bless them, who want a lot of words or 'realistic' lighting and details. That stuff is impressive, no doubt, but I prefer the work of people like Darwyn Cooke, and Faith Erin Hicks, Elsa Charretier, like that. In Europe, Juanjo Guarnido, and Rueben Pellejero.
TheSteveStrout: Looking forward to meeting you at ECCC, sir. is there anything your like to add (plug, offer advice on, etc.) for your fans?

Tim Sale:  Just to stay tuned! Tell a story clearly, and let the words amplify the art, not do the bulk of the storytelling. See you at the show! 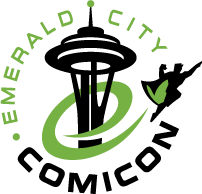 See ya at Emerald City Comic Con!
Steve Strout is the media mastermind behind this site, host of the Comic Book Swap Meet, nerd, terrible artist, gamer, convention goer and comic book reader who spends more time rescuing toys from thrift shops than a normal adult should. He is also known around the northwest for his promotion of live music and stand-up comedy events and is the creator/producer of the Comic Book Swap Meet mini convention, and Olympic Peninsula Comedy Competition (which will make it's big return in 2015). Follow him on Instagram at http://instagram.com/thestevestrout, and  He can be reached for comments at ptcomedy@yahoo.com on twitter at @thestevestrout