This may have been the best week for movie going in a long time. I believe I've seen the years best two films, both being sequels to some childhood favorite franchises.

Creed! I grew up loving the Rocky movies! I can't even count the numerous times I'd watch Sly Stallone overcome the odds to come out on top. And who didn't always be pumped up and ready to take on anyone or anything after Rocky conquered the unbeatable giant Russian, or whooped the young cocky champ in an alley? I'm not condoning violence and fighting, but these were one of my favorite film series' growing up.

This newest film tells the story of Apollo Creed's son following in his dad's footsteps, and calling on Rocky to train him, while in the midst of his own battle with illness. Inspirational to say the least! Excellent movie, that I absolutely recommend, and expect to see lots of attention during award season!

I Can't even begin to convey my excitement I felt and still feel about Star Wars Episode VII: The Force Awakens. Here's me trying...

One of my earliest memories in life was during the theatrical run of Return of the Jedi in 83, which would have made me almost 5 years old. The family was heading to the cinema to see Jedi, and what I saw blew my young mind. There were characters from the movie li ed up to view the movie. Now I know they were regular people like you and I, in cosplay, but seeing Darth Vader scared the shit out of little me as much as it intrigued me! I've been mesmerized with the Star Wars saga ever since. I had to have the toys. I watched the vhs over and over. We had epic lightsabre battles with our wiffle bats (or anything else that even slightly resembled a laser sword). 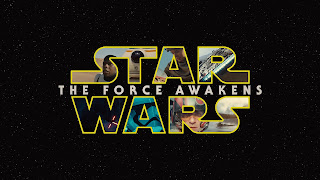 This new film, Star Wars Episode VII: The Force Awakens brought that excitement back. I was that young kid again for two hours and change. I will not spoil this movie in any way for people who haven't seen it yet. I will just say it was perfect.

This wasn't like other movies where there's so much hype, and the world is way over saturated with marketing. Don't get me wrong, Disney sure invested a hell of a lot in Star Wars, but It was exactly what the franchise needed. It 're-invigorated the epic series, which I personally feel was much needed after the prequels. I loved Episodes I-III, but it didn't give me that feeling the original trilogy did. THE FORCE AWAKENS BROUGHT THAT BACK!

A lot of people were skeptical about how it would turn out. Many complained about JJ Abrams' reboot of the Star Trek series too, which I loved, so I had no doubts he would do just fine with Star Wars. Disney made the perfect choice in putting JJ in the helm. Abrams is a huge fan himself. I think he has so much love for Star Wars that he couldn't look at himself in the mirror if he failed. I know I wouldn't be able to.  You better believe he absolutely nailed it. In watching, I can see and feel the love he put into making The Force Awakens. I get WHY he made some decisions he made, and am beyond excited to see where he and Disney take it. Like I said, that childhood, edge of my seat, emotional rollercoaster is back. I needed this movie. Disney needed this movie. Star Wars needed this movie.

Wow, I guess that was less "review" and more "thank you note" to JJ Abrams. Thats fine by me though. He deserves it. People, see this movie, Star Wars fan or not.

Well, that should about do it. Sorry I've been quiet the last week or so.

Oh! One last thing...did anyone check out the premiere of Syfy's new series The Expanse? They might be on to something with this show based on the science fiction novel series by James S.A. Corey. I haven't read the books, but I'm really feeling the show. It's a space drama set a couple hundred years in the future in the vain of Battlestar Galactica, and has that thriller feel like Alien. Syfy really spared no expense on the production, as it looks stunning. The special effects and imagery are excellent for a cable tv show. I'm really looking forward to seeing how well the writing holds up. I believe the first four episodes are streaming on their website, so do yourself a favor and check it out...and Creed...and The Force Awakens.

Let yourself laugh, cry, get angry, cheer, be excited like I did all from the edge of your seat on the emotional rollercoaster these films provided for me.