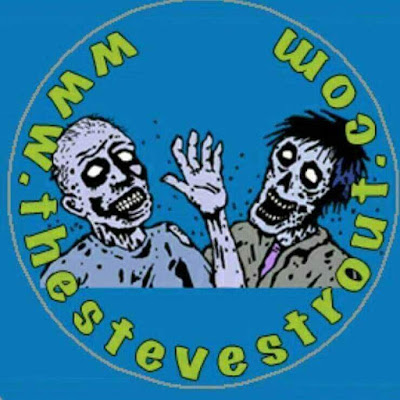 Did you guys miss me? Now that the holidays are over, I can get back to work here!

Let's jump back in with a couple Cool Projects, shall we?

I caught wind of a graphic novel release event here in the town I reside in (Port Townsend, WA), and being out of the loop for a while, I figured looking into it was a great "jumping back in" point. I'm glad I did... 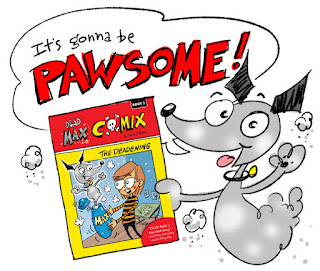 Dead Max Comix is a story of a boy dealing with middle school, which we can probably all remember as difficult..to say the least. The interesting thing is that the boys dog was recently hit by a car, so we have the dog ghost at his side through the adolescent ups and downs.

I know, the idea of Dead Max Comix sounds kind of morbid with the deceased dog and all, but the samples I've seen are far from it. I'm getting a 'mischievous Casper' vibe from the ghost pup, that sets up some hilarious scenarios.  I'm looking forward to seeing more of Dead Max Comix. It's a refreshing change from the usual horror and superhero comics I read, personally. Though aimed towards a middle school aged audience, this looks like a fun read for all ages.

As mentioned, the creator, Dana Sullivan (www.danajsullivan.com), will be doing multiple release events including one later this week (Thursday January 23rd) here in Port Townsend, Washington at the Port Townsend School of the Arts! (Grover Gallery). For more info, go to Dana Sullivan's website. I'm going to try and make the event, and hope to run into some of you there. 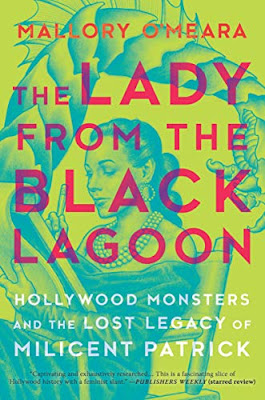 Another great piece of work I got into recently was Mallory O'Meara's LADY FROM THE BLACK LAGOON. This book chronicles the little known life of artist Milicent Patrick, who if you dont know of her, was one of the first female animators at Disney and art creator for Universal Pictures.

Mallory O'Meara put years of blood, sweat, and tears into her research of her hero, Milicent Patrick, to shed light on her career and to uncover truths about certain projects she had a big part in creating, while going uncredited.

Her most notable creation, was as a main designer of the Gill Man from the Creature From The Black Lagoon, which remains one of the greatest monster movies of all time. Over the years, Milicent wasnt given her credit for her part in the creature because of ego and social injustice. O'Meara dug into the life of Milicent Patrick and not only find evidence to further prove her part in the creation, and her roles in other aspects of showbiz that deserve to be known. Milicent was an inspiration and hero, as is Mallory O'Meara for putting in the effort to write this great book.

Her writing felt very personal. She did a great job of separating her personal opinions and feelings, which she shared,  apart from truths. It came from a very real place, rather than just dumping a bunch of facts and fancy words on us. I felt like I was in a conversation with an old friend.

This is a great reference book for classic monster fans, and people who want to be inspired alike. Obviously I enjoyed the LADY FROM THE BLACK LAGOON, and look forward to O'Meara's next project. Keep up on Mallory's upcoming work and appearances at www.malloryomeara.com 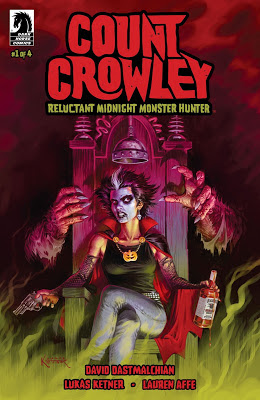 Hopefully you guys saw my interview with actor David Dastmalchian about his comic writing debut, COUNT CROWLEY. If not, please read or re-read it at:
http://www.thestevestrout.com/2019/11/we-interview-actor-david-dastmalchian.html?m=1

COUNT CROWLEY has been one of a couple comics I've kept up with due to time constraints, and for good reason. This mini series from Dark Horse Comics, is about a tv horror host who while struggling with her own personal demons, learns that monsters do exist and it's her job to destroy them. We gave it a shout out in a prior Cool Projects post HERE. Its been a fun read. I highly recommend checking COUNT CROWLEY out.

I made the comment about time constraints. I'm going to work on post more regularly again, but am always open to contributors here at thestevestrout.com. If you have any 'Cool Project' ideas, wanna review comics or any pop culture media and events (such as comic cons), or promote your favorite establishment where you shop for your nerdy stuff, send me a tweet or email!