Mystery Science Theater 3000 has returned and haven't missed a beat. The cult favorite series, created by Joel Hodgson, brings a new cast of characters portrayed by the likes of Felicia Day, Patton Oswalt, and Jonah Ray to name a few, with our old favorite misfit robot crew (Crow T. Robot, Tom Servo, and Gypsy) back to poke fun at some really bad sci-fi films floating around in the public domain. 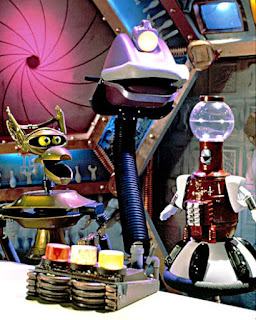 I just dove in and finished the first episode, REPTILICUS, about a giant Kaiju-esque lizard on a rampage in Copenhagen of all places. It's full of the terrible effects and acting as we've come to expect in an MST3K film. I must say, these writers haven't missed a beat with their brilliant riffing on these bad sci-fi movies.

The cool thing about this new season, is that fact that its fan funded through a highly successful kickstarter campaign. Personally I am enthused how these crowd funding campaigns are renewing classics and creating new favorite shows, books, music, comics, and more...

I'm going to dig back in for a couple more episodes before bedtime, so I'll leave you with a high recommendation to watch Mystery Science Theater 3000's new season whether you're an old or new fan of the show. 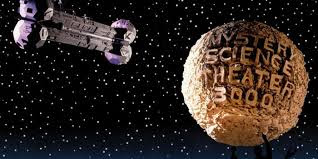