With one of my favorite cons to attend and cover right around the corner in Crypticon Seattle, I figured what better way to preview the convention than with an interview with a show guest. Author of the Undead series (about the zombie apocolypse), Eloise Knapp was gracious enough to take the time out to talk about her upcoming release, The Undead Ruins and Crypticon, which takes place over Memorial Day weekend. Enjoy my chat with Eloise Knapp, and check out her books! I'm on book two and its awesome!

-Thanks for taking the time for this interview. Let's jump right in and talk about your upcoming release, The Undead Ruins, part 3 in the Undead trilogy. Can you give us a quick synopsis of the series? 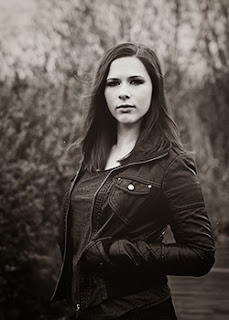 The series is about a sociopathic man named Cyrus V. Sinclair surviving in the zombie apocalypse. He was a loner with little purpose before the dead came back, but finds the undead world suits him very well. The books follow his journey battling zombies, crazies, cannibals, and making sense of himself now that everything has changed.


-Who or what inspired the main character, Cyrus V Sinclair?
When I started writing his story, it was because I’d read a lot of zombie apocalypse books and they all felt the same. Characters were afraid of zombies, had no preps or guns, and generally had predictable reactions to zompoc situations. I wanted to do something different. That’s what inspired Cyrus. I wanted a character who was not only prepared for the apocalypse, but excited for it. I wrote the kind of book I wanted to read. 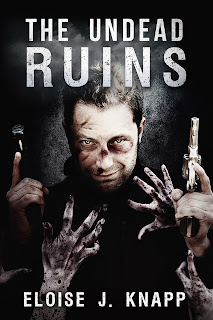 -Where and when is The Undead Ruins going to be available?
It’s available April 28th in ebook, and shortly after that paperback on Amazon.
- Is it published through Permuted Press again?
Yes, it is.
-Permuted is one of the premier horror publishers on the market. Do or have you read any other titles on the label? Any recommendations? I love 14 by Peter Clines and would recommend it to anyone. It’s a wild, crazy ride. The book is pretty long, but I was so into it I read it in one sitting.
-Ive gotten through your first book and loved it! I'm a huge zombie fan, so this collection is right up my alley. Your stories show a pretty good grasp on how one would survive a zombie apocalypse. Do you have a game plan for when/if a zombie outbreak goes down?
Yep! Pack up as many preps as feasible and make a run for my grandparent’s farm. I live in a pretty dense city, so my first goal would be to bug out to a less populated area. I’d like to think I’d act quickly at the signs of a zompoc, before everyone else was in a rush to escape, too.
-Crypticon is coming up later this month. Are we going to see you there? What do you hope to get out of the show?
Yeah, I’ll be there with a bunch of authors like Craig DiLouie, Timothy W. Long, and Katie Cord of Evil Girlfriend Media. This is my 4th or 5th Crypticon now, and as with every year, I’m looking forward to meeting current and new fans, and checking out all the awesome vendors the con has to offer.
-What are you most looking forward to at Crypticon Seattle?
I always like to hang out with fellow authors, but I love checking out art and jewelry makers.
-Besides Crypticon, do you self promote at any other conventions, and what other promotional angles do you work?
I’m going to Texas Frightmare for the second time the first weekend of May. Other than that, I don’t do that many events right now. I do maintain my fan page and upload videos to YouTube on occasion.
-You wrote the first book at a pretty young age, if I'm not mistaken. Was being a writer always a dream for you?
Yeah, it has been. Since I was a young kid, I loved to write stories. I did short stories and fan fiction until I was a teenager, then I tried longer works. When I was 17, I started writing The Undead Situation and I did it with no other goal than “because I want to.” It turned out well, and I decided to self-publish. After PP picked it up and a lot of people seemed to enjoy it, I realized that being a writer didn’t have to stay a dream but could be a reality.
-What about Eloise the person? Tell us a little about you.
People are always shocked when I tell them what kind of books I write. Eloise the person is quiet and very unassuming. One person I used to work with couldn’t believe it, claiming I was “too sweet to write stuff like that.”
-What other projects are you working on aside from writing? What else are you into?
I design book covers and always have one in the queue. For fun I also like to do apocalyptic photomanipulations. I’m into yoga, meditation, and pilates. I also prep, shoot, do archery, and watch scary movies. It’s a good blend of yin and yang. I don’t limit my interests.
-Before wrapping up, is there anything you'd like to add or plug. Maybe some advice for other aspiring writers?

-Thanks for taking the time, Eloise. For more info, check out her website at: http://www.eloisejknapp.com/

We have another interview in the works with another VERY SPECIAL guest too! I'm really excited about Crypticon this year! I hope to see some of you there!

Before I wrap up here, I'd like to thank Josh Cook for his support and congratulate him for winning our nerdy prize pack! He happens to have a great blog you should check out at: https://breakfastwithdaddy.wordpress.com/