Before I share the big guest announcement for the next Comic Book Swap Meet, I wan't to remind you all about the latest giveaway we're doing here at www.thestevestrout.com !!!

All ya gotta do is follow @thestevestrout on Twitter or Instagram (OR BOTH!!) and share the following picture and use the hashtag #comicbookswapmeet to enter. Feel free to enter as many times as possible!!! We will be selecting a winner on Saturday December 13th at 9pm Pacific. 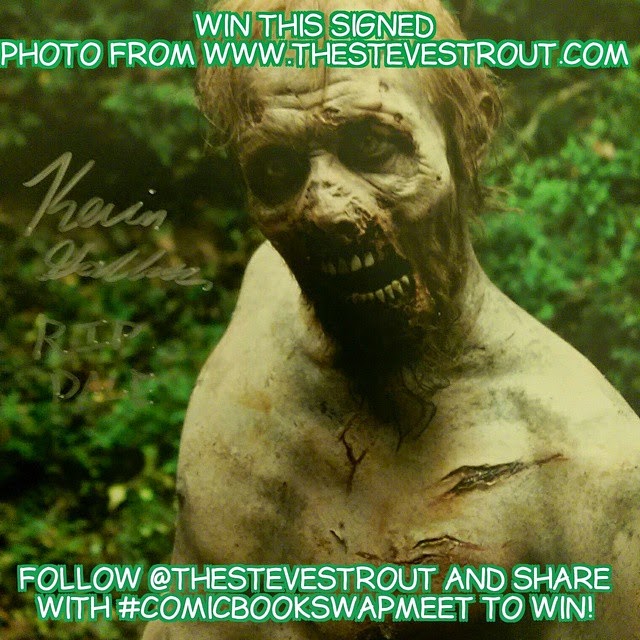 The Comic Book Swap Meet, as I announced recently, Is happening on January 31st, 2015 at the Tri Area Community Center in Chimacum, Washington! Come check out our mini convention here on the Olympic Peninsula.

And finally, our big announcement!!!
We already announced that we will be joined by the creator of the Sukotto comic book series, Scott Adams. You can find info on Scott at www.sukottostudios.com and in our interview from earlier this year. 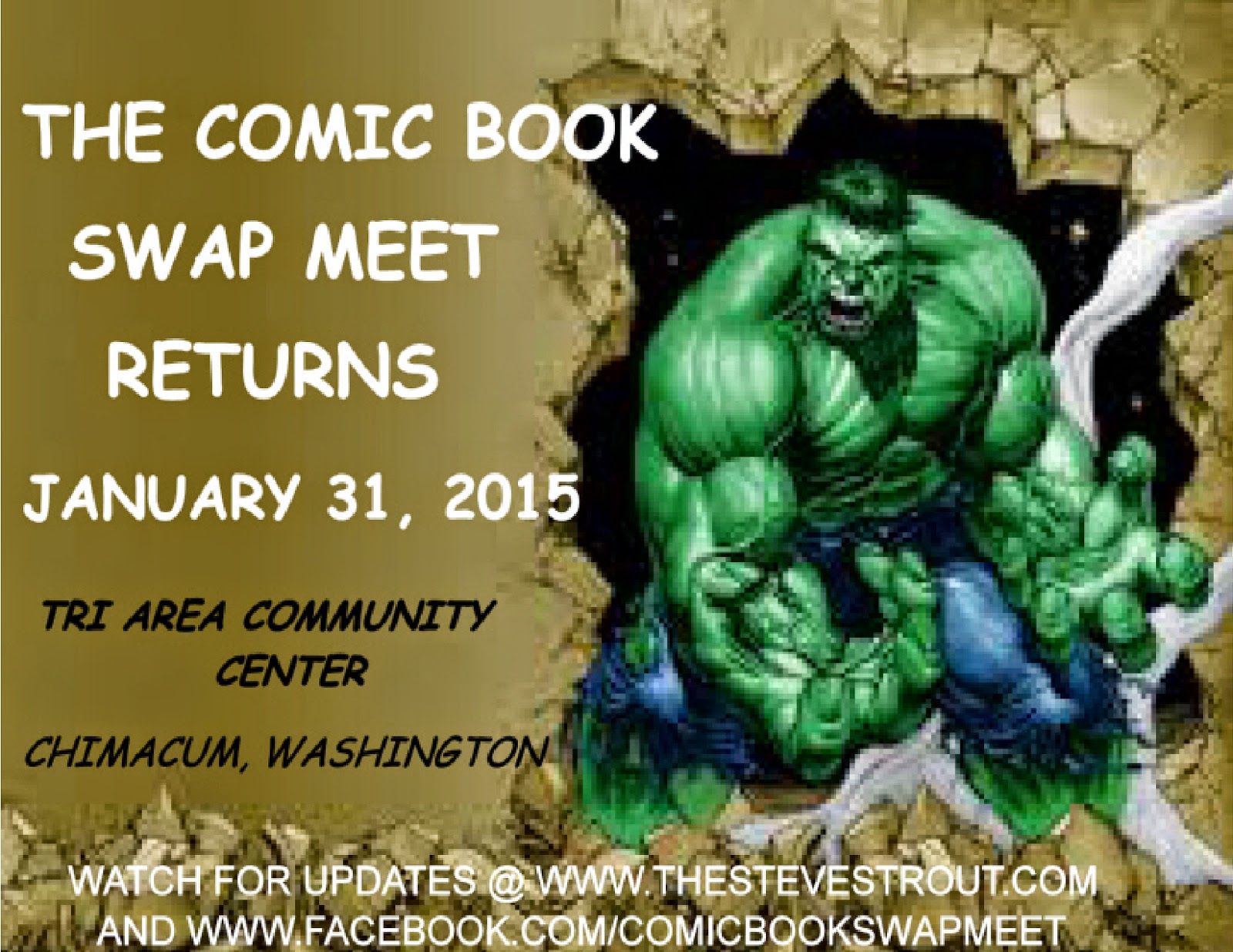 With out further adieu...We are super excited to announce our comic book guest of honor for the Comic Book Swap Meet, Mr. Jeffrey Veregge. Veregge is a rising star on the comic book scene as a cover artist as of late. Recent published work can be seen on some major titles on publishers like IDW . His art has been recently featured on the cover of issues of G.I. Joe, Judge Dredd, and more.  Come out on January 31st to meet and support this one of a kind talent.

Stay tuned for more details on the Comic Book Swap Meet and all the other great features here at www.thestevestrout.com!! 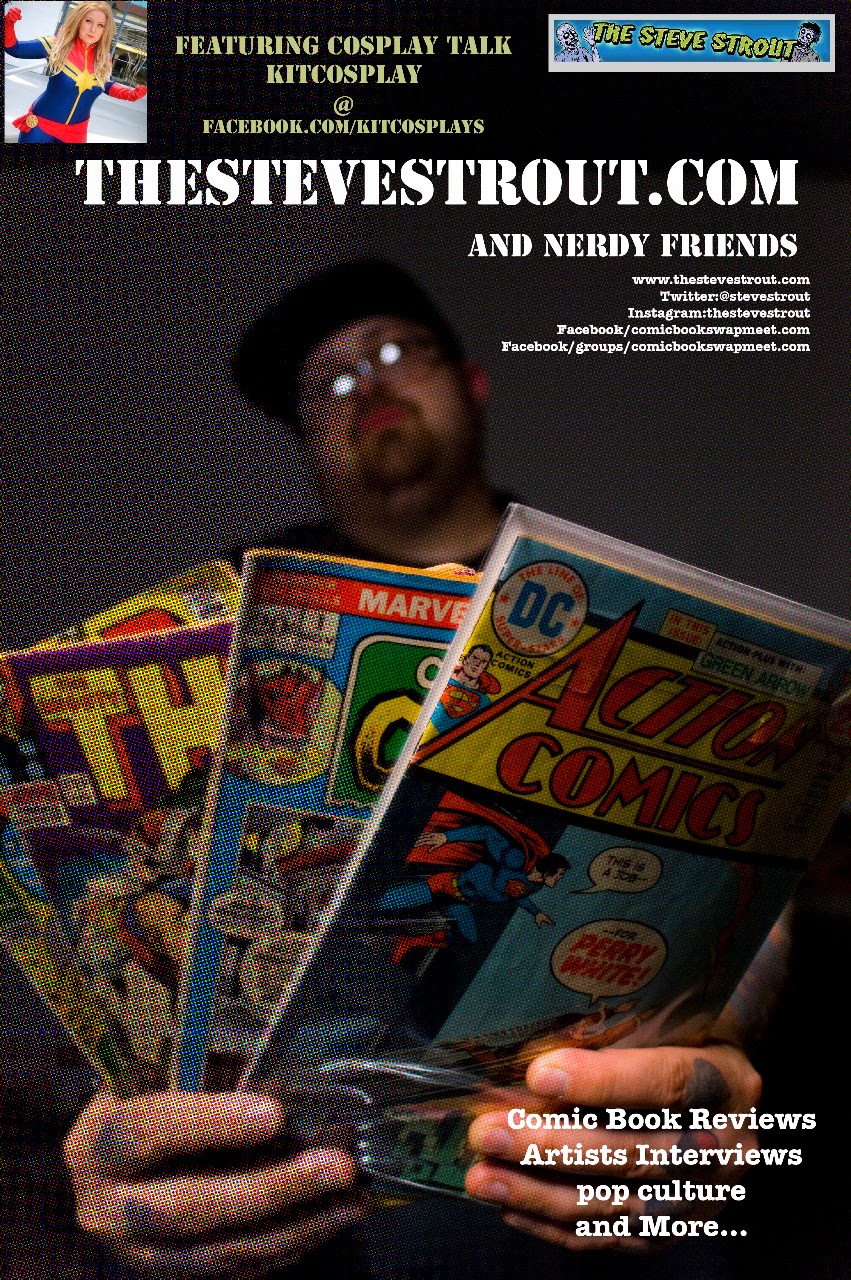 Steve Strout is the media mastermind behind this site, host of the Comic Book Swap Meet, nerd, terrible artist, gamer, convention goer and comic book reader who spends more time rescuing toys from thrift shops than a normal adult should. He is also known around the northwest for his promotion of live music and stand-up comedy events and is the creator/producer of the Olympic Peninsula Comedy Competition (which will make it's big return in 2015). Follow him on Instagram athttp://instagram.com/thestevestrout, and  He can be reached for comments atptcomedy@yahoo.comon twitter at@thestevestrout